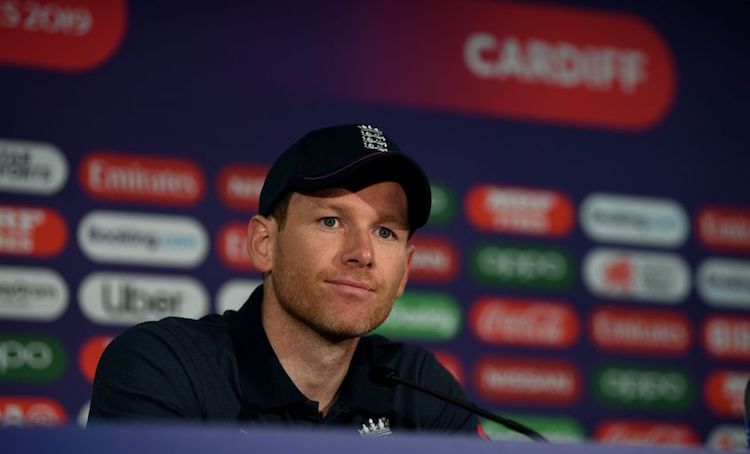 Cardiff (Wales), June 9 - England captain Eoin Morgan was all praise for his batsmen after their comprehensive 108-run win against Bangladesh in their third match of the 2019 World Cup. "The two boys at the top (openers) laid a solid platform as Jason (Roy) managed to get a significant score. It's great to see," he said.

Batting first, openers Jason Roy and Jonny Bairstow set the foundation for a big score with a 128-run partnership. Jason Roy went on to make 153 runs off 121 balls, hitting 14 fours and five sixes in the process. England eventually ended their innings on 386/6 on Saturday.

"It's great to see," said Morgan in the post-match presentation about Roy. "He's very intimidating to play against and the impact he has against oppositions is significant. With Jos Buttler coming in and Chris Woakes, Liam Plunkett -- all of them contributed."

Bangladesh in reply made 280, chiefly thanks to Shakib Al Hasan's 121 off 119 balls. Ben Stokes was the star with the ball, taking three wickets and giving away just 23 runs in the six overs that he bowled.

Skipper Mashrafe Mortaza admitted that the target was too high for Bangladesh to chase. "386 is too many, credit goes to their batsmen. It's very difficult to get him (Roy) once he gets set. We knew we had to get Roy out, only then we could have come back in the match," he said.