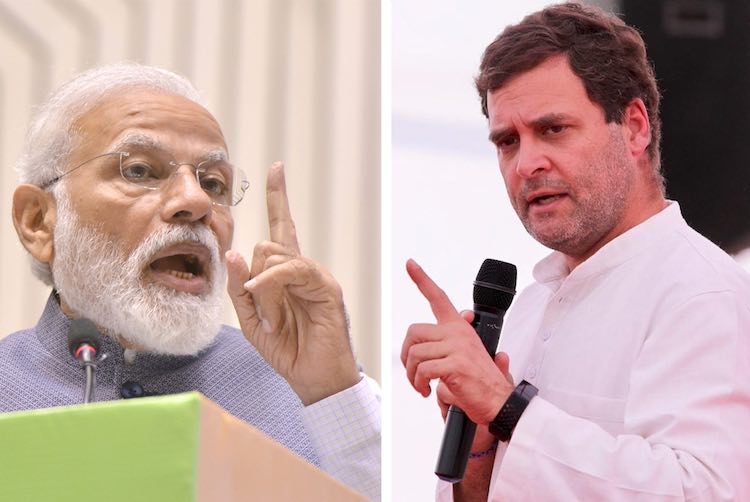 New Delhi, July 11 - Prime Minister Narendra Modi expressed pride in India's performance at the World Cup 2019 and said the Virat Kohli-led team showed a fighting spirit in the semi-final against New Zealand, which they lost by a narrow 18-run margin.

"A disappointing result, but good to see #TeamIndia's fighting spirit till the very end. India batted, bowled, fielded well throughout the tournament, of which we are very proud," Modi tweeted.

He also added that winning and losing is part of the game while wishing the team the best of luck for the upcoming matches. "Wins and losses are a part of life. Best wishes to the team for their future endeavours," the PM added.

Former Congress chief Rahul Gandhi also lauded the Men in Blue for their performance in the showpiece event. "Though they're a billion broken hearts tonight, Team India, you put up a great fight and are deserving of our love & respect," Rahul Gandhi tweeted.

Congratulating the Kiwis for entering the final of the tournament, he said: "Congratulations to New Zealand on their well-earned win, that gives them a place in the World Cup final."

India lost to New Zealand by 18 runs after restricting them to 239/8 in the rain-hit semi-final, which was played over two days. On the second day, the Indian batters were undone by Matt Henry's brilliant opening spell as he returned figures of 3/37. Ravindra Jadeja (77) and MS Dhoni (50) shared a 116-run stand for the seventh wicket after India were reduced to 24/4 at one stage, but in the end that proved to be not enough as the duo fell in the final overs.