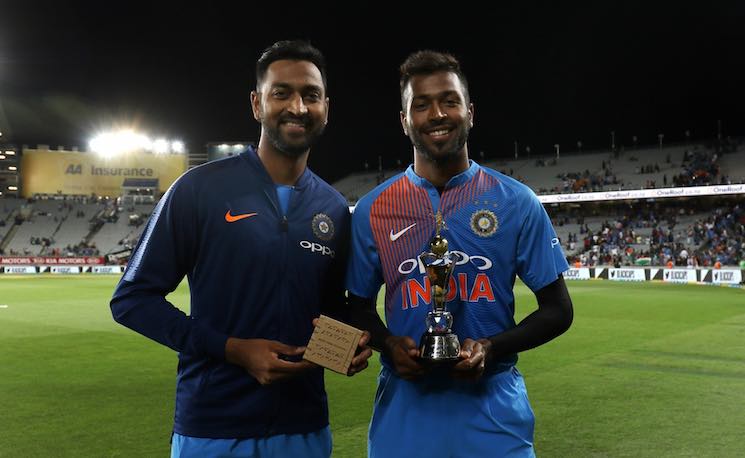 Mumbai, Aug 18 (IANS) Hot on the heels of bagging the Man of the Series award in the recently-held T20 series against the West Indies, Krunal Pandya was spotted in an orange Lamborghini here recently with brother Hardik on the wheels.

A video of the Pandya brothers coming out of the luxury sports car has gone viral on social media. Hardik has been rested for the West Indies tour.

Krunal recently told IANS that he now wants to graduate to the ODI side where Hardik has cemented his place as a first-choice all-rounder.

"The Windies series was a big confidence booster. It was the first series of the season and to do well against some quality players always helps. This is just the beginning and I will look to carry this forward into the next series.

"Looking to stay true to my goal and play across formats. That is an area of focus. I have played one-day ganes for India 'A' in the last two years and the experience has given me confidence that I can rise to the challenge. I want to play for India in all the formats and do well," he had said.