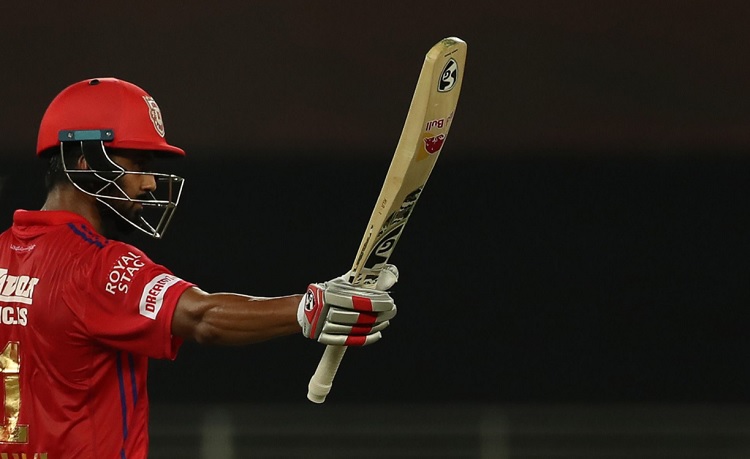 Kings XI Punjab captain K.L. Rahul on Thursday smashed a few IPL records with a blistering 69-ball 132 -- the highest individual score by an Indian player in the IPL -- that helped him cross the 2,000-run mark in the cash-rich league and take his team to 206/3 in 20 overs against Royal Challengers Bangalore here.

This was Rahul's second IPL century and fourth overall in T20s. It was also the highest score by any Indian in the IPL, surpassing the previous record of 128 not out held by Rishabh Pant.

Rahul reached three figures off 62 balls and was helped over the line by his opposite number Virat Kohli dropping a couple of sitters in the 17th and 18th over. He ended the innings unbeaten on 132 off 69 balls, his innings laced with 14 fours and seven sixes. This is the first century by any player in the ongoing season of the league.

On the way, he also became the fastest Indian batsman to 2,000 IPL runs, surpassing an eight-year-old record held by batting great Sachin Tendulkar. Rahul brought up the landmark in his 60th innings while Tendulkar reached the landmark in 63 innings.