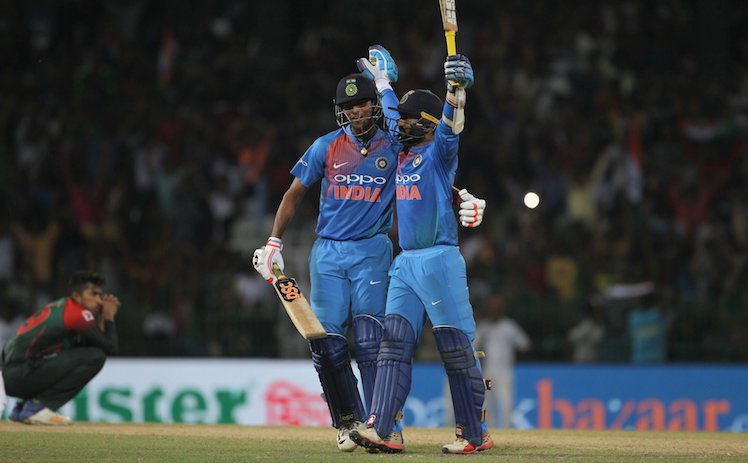 March 20 (CRICKETNMORE) - Dinesh Karthik played the innings of his life when he smashed a match winning six on the last ball for his team against Bangladesh in the Nidahas Trophy Final on Sunday. India won the game and trophy.

Speaking about the six on the last ball, he said, “Last ball, I decided to go for the six option. I was just hoping that he (Soumya Sarkar) looks to bowl a Yorker and misses it. I think a bowler trusts the Yorkers the most (in those situations). The best part of the last ball was that he bowled it a bit wide, so whatever power I had, I went with it and connected. It was such a special moment. This is it, the team coming out and celebrating was something special”.