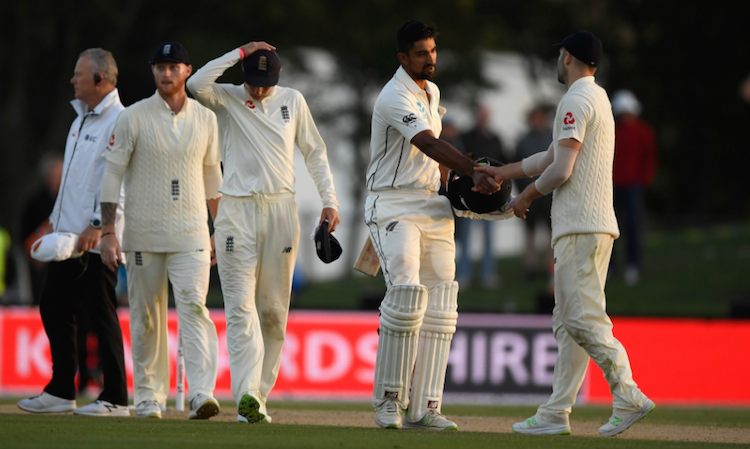 April 3 (CRICKETNMORE) - Ish Sodhi (56*) played the innings of his life to save the test for New Zealand as he along with Neil Wagner secured a second Test draw against England and series win for his team.

Sodhi was unbeaten on 56 off 168 balls, while Wagner ground out seven runs off 103. They put on 37 runs off 31.2 overs for the eighth wicket after Colin de Grandhomme had departed for 45.

New Zealand won the series 1-0 after they won the first Test by an innings and 49 runs.