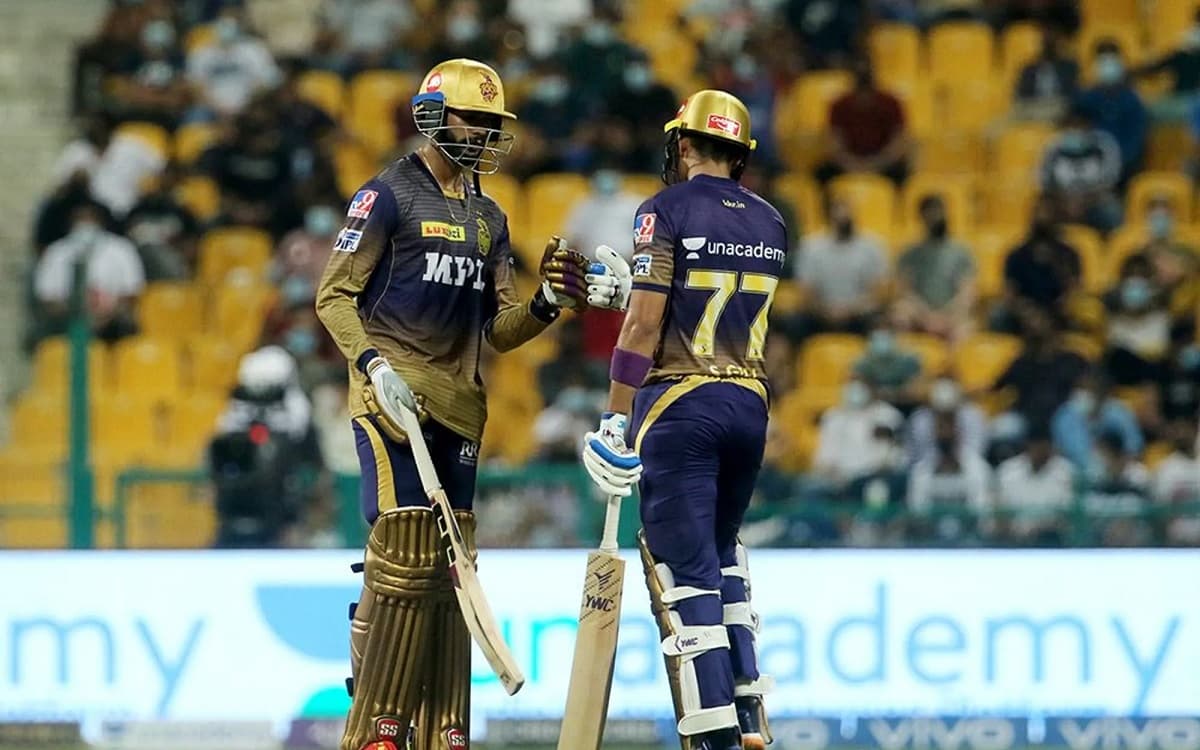 Kolkata Knight Riders made an easy job out of the low target of 93 runs set by Royal Challengers Bangalore, achieving the target in just 10 overs. KKR Openers, Gill (48) & Venkatesh Iyer (41*) added 82 runs in 9 overs before Shubman Gill was caught out on 48 by Siraj. However, MBA in Finance Venkatesh Iyer looked flawless on his debut. He smashed 7 fours and finished the match with a Six.

For RCB, Chahal picked up 1 wicket. None of the RCB bowlers could trouble the KKR batters much.

In the first innings, KKR riding on their superb bowling restricted RCB at 92-10 in 19 overs. Andre Russell picked up 3 wickets, giving away 9 runs in 3 overs. Varun Chakravarthy also picked up 3 wickets for just 13 runs in his 4 overs.

Earlier, Royal Challengers Bangalore Captain Virat Kohli won the toss and elected to bat first against Kolkata Knight Riders in the 31st Match of the IPL 2021. The match is being played at Sheikh Zayed Stadium, Abu Dhabi.