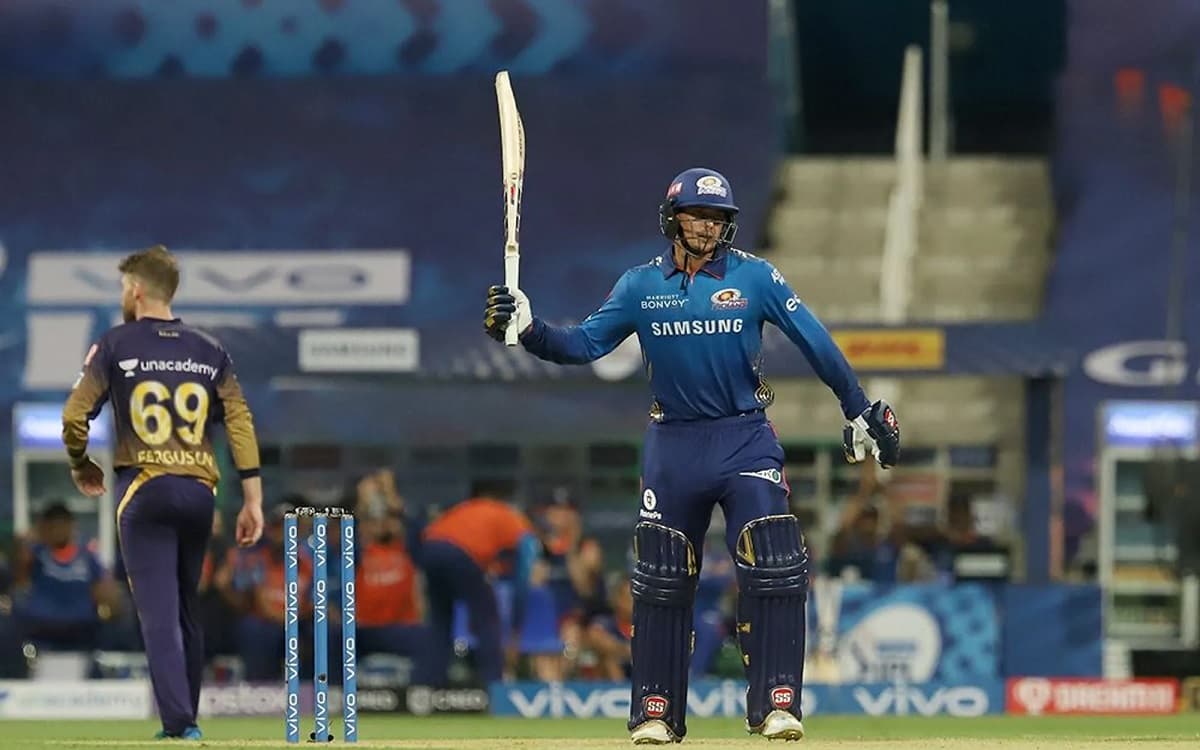 Mumbai Indians with the help of Quinton de Kock's 55(42) against the Kolkata Knight Riders, after being put in to bat first, scored 156/6 in 20 overs. Quinton (55(42)) & Rohit Sharma (33(30)) provided a good opening partnership of 78 runs in 9.1 overs but after the captain fell, MI lost wickets at regular intervals.

For KKR, Lockie Ferguson & Praisdh Krishan picked up two wickets each. Sunil Narine also picked up a wicket. KKR bowlers shifted the momentum in their team's favour in the second half of the innings and restricted MI to a relatively less score. Prasidh Krishna went a bit expensive as he gave away 43 runs, including a lot of extras.

Earlier, KKR Captain Eoin Morgan won the toss and elected to field first against MI. The match is being played at Sheikh Zayed Stadium, Abu Dhabi