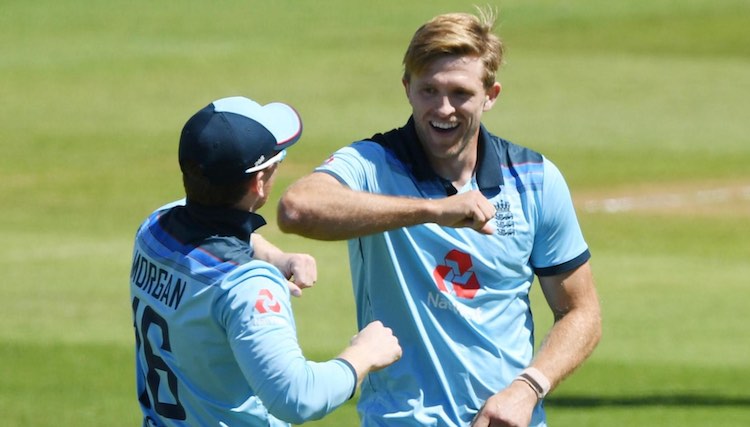 England beat Ireland by 6 wickets with 22.1 overs to spare in the 1st ODI in Southampton on Thursday.

A five-wicket haul for David Willey, which included a searing opening spell in which he took four wickets in his first four overs, helped England dismiss Ireland for 172. Debutant Curtis Campher hung on for Ireland and managed a 51-run stand with Kevin O'Brien and later a 66-run stand with Andy McBrine to take Ireland beyond the 150-run mark. Campher took his time with getting runs though, ending the innings unbeaten on 59 off 118 balls.