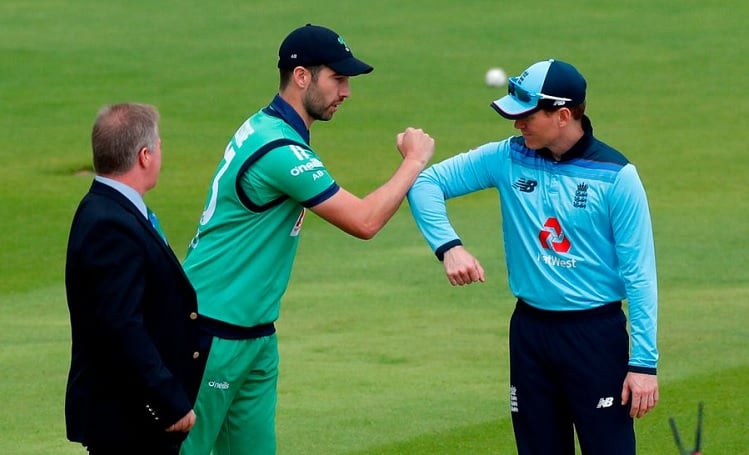 Southampton, Aug 1: Ireland won the toss and decided to bat first in their second ODI against England at the Ageas Bowl in Southampton on Saturday. Ireland are trailing 1-0 in the series after their six-wicket defeat to the hosts in the first ODI.

England captain Eoin Morgan said that all-rounder Tom Curran will sit out for fast bowler Reece Topley. Ireland captain Andy Balbirnie said that pacer Barry McCarthy has been ruled out for the series and Josh Little takes his place.

England were buoyed by David Willey's fifer in the first ODI as they blew away Ireland for 173 in the first ODI. During their chase, England suffered from early hiccups, however skipper Eoin Morgan and Sam Billings shared an unbroken 96-run partnership to see them cross the line.

At 78/4, Ireland were in with a good chance of forcing a close finish, but Billings and Morgan then batted steadily and made easy work of the remaining 95 runs. Billings finished with a 54-ball 67* while the England skipper made an unbeaten 36.