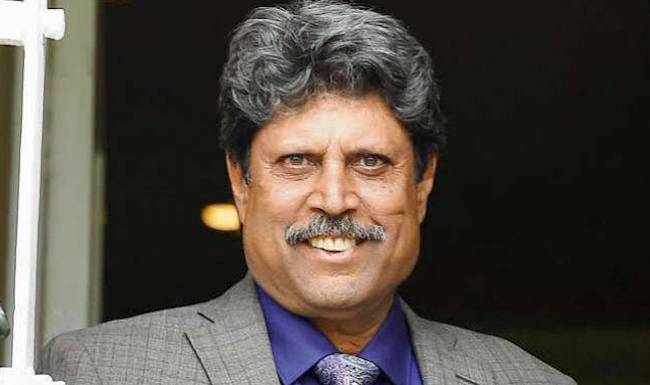 New Delhi, Aug 6 - The Supreme Court-appointed Committee of Administrators (CoA) on Monday decided that the three-member Cricket Advisory Committee (CAC) comprising Kapil Dev, Anshuman Gaekwad and Shantha Rangaswamy is clear of any conflict and is free to pick the next head coach of Team India. But it wasnt a unanimous decision and ended with a 2-1 verdict in favour of giving the trio the green signal.

Speaking to IANS, sources in the know of developments in the CoA meeting said that there was a difference of opinion as Vinod Rai and Lt. Gen Ravi Thodge believed that there was no case of conflict against the trio, while Diana Edulji wanted Ethics Officer D.K. Jain to take a call on the matter.

"Rai and Thodge were very clear that the declarations given by the three-member committee were good enough, but Diana felt that it would be fair for the Ethics Officer to take a call so that there is no case of conflict being overlooked and any issue arising later. She also spoke about the adhoc committee and how there was no place for such a panel in the new constitution. But when it came to a vote, it was 2-1," the source revealed.

Speaking after the meeting, CoA chief Rai said that the committee looked into the declarations submitted by the trio and that they have been cleared to pick the coach.

"We have seen, it is fine. The meetings with the shortlisted candidates will happen in mid-August and the appointment will follow after that. CAC's decision with regard to appointment will be final," Rai said.

The trio of Kapil, Anshuman and Shantha had been formally appointed in the new CAC by the CoA in the last meeting and had been asked by CEO Rahul Johri to give declarations regarding any conflict.