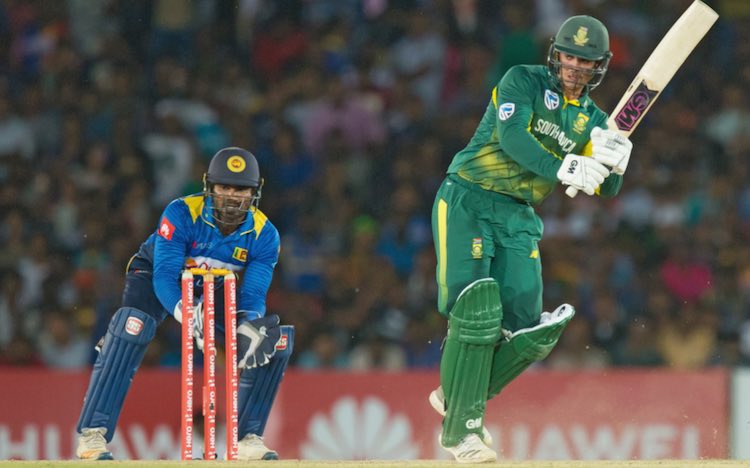 Du Plessis was on Monday ruled out of the remainder of South Africa's tour of Sri Lanka, after injuring his shoulder while attempting a catch during the third one-dayer against the hosts.

"To be honest, I am feeling quite nervous. It is an honour to be given this responsibility of captaining the Proteas," de Kock said.

"I want to carry on where Faf has left off and to continue with his legacy. As a captain, I will try to stay true to myself and stay true to what I believe it takes to be a good leader. I will strive to help others going forward, just to be there as a captain.

"The team performance at the moment speaks for itself," de Kock said on the Proteas' 3-0 lead in the five-match series.