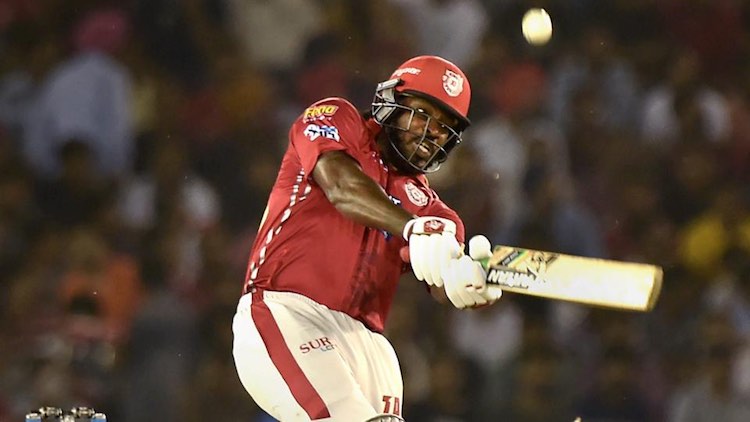 Gayle was off to a slow start, taking his time to get his eye in before changing gears to smash the opponent bowlers all around the park. The West Indies star took just 47 balls to post 79 runs, hitting 8 boundaries and four sixes in his whirlwind innings.

It needed a blinder of a catch by R. Tripathi off Ben Stokes to finally stop the carnage.

Gayle's departure slowed downed the run rate before Sarfaraz Khan scored a quick-fire 46 off 20 balls lower down the order to ensure a strong finish to the Punjab innings.