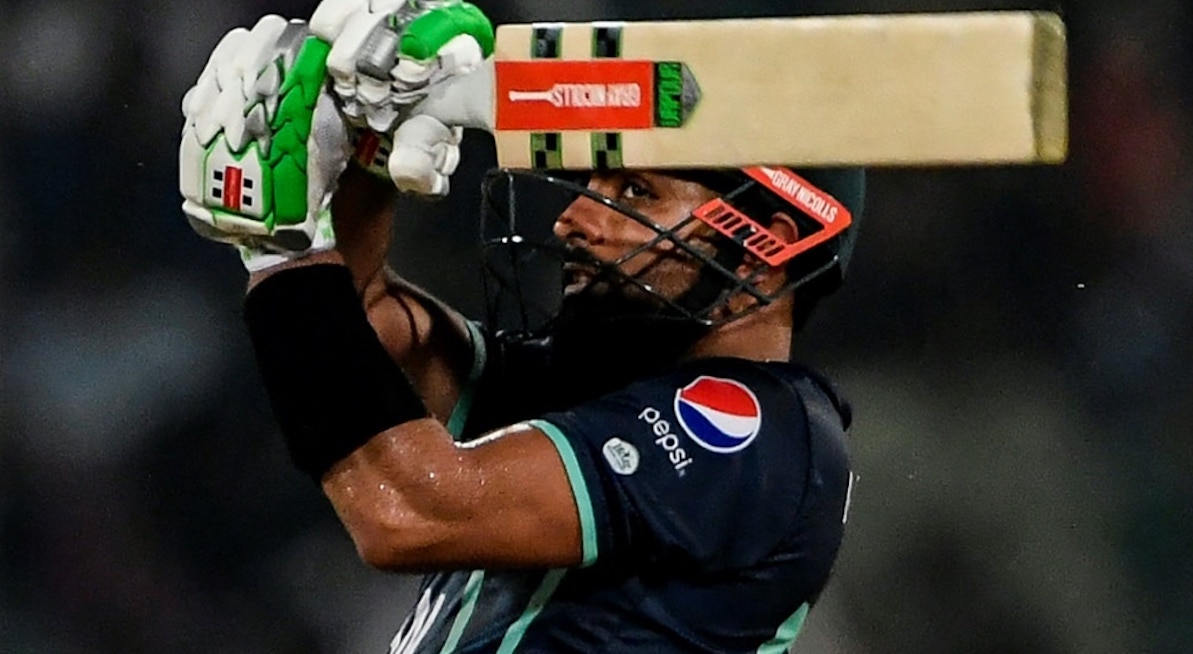 Babar Azam equalled India star Virat Kohli's record of the fastest man to 3,000 runs in cricket's shortest format as Pakistan scored 169-6 in the sixth Twenty20 international against England in Lahore on Friday.

The Pakistan skipper, who hit an unbeaten 59-ball 87 for his 27th half century, reached 3,000 T20I runs in 81 innings as he anchored the home team's total after they were sent in to bat.