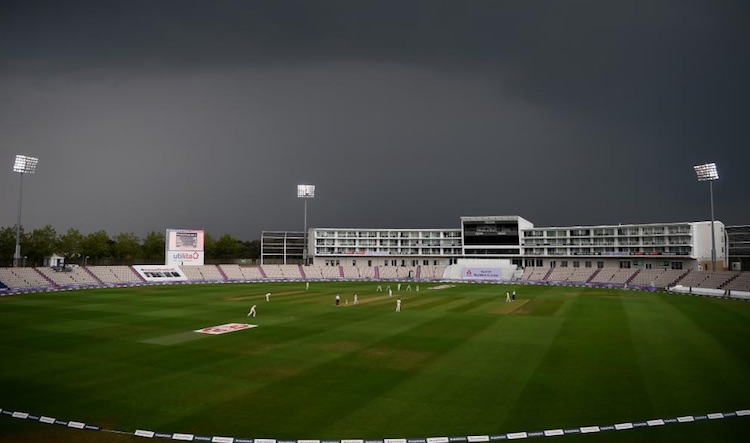 Following the Test summer in England, the ICC cricket committee is about to enter discussions regarding the possible changes of the bad light and wet weather regulations. Are we headed towards a new take on the matter? Find out more below!

Sometimes not even the floodlights manage to get the job done

Bad light has a profound impact on how well the players can play. While true that floodlights can correct the problem to some degree, the solution is far from perfect. And without providing optimal conditions, how can we expect the players to bring forward their A-game? Short answer, we can’t. In addition to that, distractions like these tend to slow down the pace of the game and this can’t possibly be good for the spectators’ enjoyment either. In case of heavy rain, the game can be put on a standstill until the next day.

In the face of the prevailing conditions, everyone’s health and safety remains the top priority. Regardless of that, the optimal playing conditions must not be compromised, or so the officials insist. But does upholding the ideal withstand the demands of the current day and age? Should emphasis be put on sacrificing some of it to eliminate the delays and thus provide a better viewing experience? That’s what will be at the forefront of the discussions that the ICC cricket committee will be initiating.

Will the use of a pink ball become the new norm?

Although many options are on the committee’s table, using a pink ball for visibility purposes is the one that stands out the most. Whether that would have an impact on the integrity of the game, is still up for debate. Either way, the current guidelines dictate that all play is to be abandoned should the floodlights be used as the primary source of light. Given that the floodlight technology has adapted and improved over the years, the question might be worth another look.

Light meter readings would do well with transparency improvements

With many possibilities for improvement, light meter readings do come to mind. With the objective of ensuring fairness to both opposing teams, the european cricket series would benefit from additional transparency. As it stands right now, the host venues and broadcasters do not have access to the readings. But it’s clear that getting this essential information out into the open and in the hands of the spectators would reduce their frustration due to them being able to know what to expect in advance.

As we’ve already established, the rain can have enormous consequences on the playing conditions. Therefore, carefully forming a strategy on choosing the most optimal timing of the day as the starting point of a match is crucial. But therein lies the challenge – if the decision is made at the end of the day with direct impact on the following morning’s schedule, how will the ticketholders get notified and have enough time to adapt? In an extreme scenario, this could interfere with their travel plans to the point of them having to cancel them and ask for a refund. For obvious reasons, this should be avoided at all costs.

As it tackles the matters at hand, the ICC cricket committee will have to re-assess the state of technology, the challenges of the times we live in, and the standards of the game itself. Given the sheer number of different ideas that are on the table, we can more than likely expect to see some changes being introduced sooner or later.