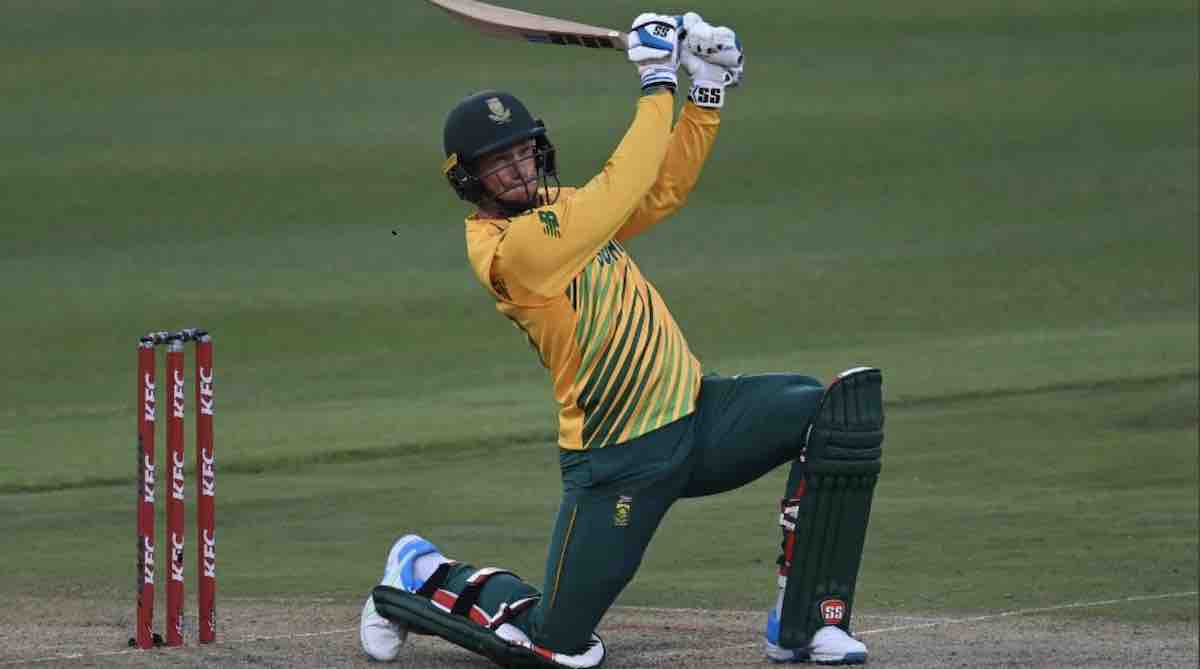 Rassie van der Dussen and Faf du Plessis shared a record fourth-wicket partnership for South Africa in the third and final Twenty20 international against England at Newlands in Cape Town on Tuesday.

Van der Dussen (74 not out) and Du Plessis (52 not out) powered South Africa to 191 for three in their 20 overs, the highest total of the series.

They added an unbeaten 127 off 66 balls for the fourth wicket.

Van der Dussen, criticised for being unable to hit a boundary in scoring 25 off 29 balls during South Africa's series-deciding loss in the second match in Paarl, struck five sixes and five fours in a spectacular 32-ball innings.

Du Plessis made his runs off 37 balls with three sixes and five fours.

Ben Stokes took two for 36 for England but had to leave the field with a cut at the base of his left little finger after colliding with an advertising board in trying to stop a boundary.

Stokes, along with Jofra Archer and Sam Curran, will return home on Wednesday as they are being rested from the three-match one-day international series which starts at the same venue on Friday.

Chris Jordan became England's leading T20 international wicket-taker, taking his tally to 66 in 55 matches when he dismissed South African captain Quinton de Kock for the third time in the series.

He overtook Stuart Broad, who took 65 wickets in 56 matches.

Brief scores in the third and final Twenty20 international between South Africa and England at Newlands in Cape Town on Tuesday: