Harare, Jan 21:  The first Test between Sri Lanka and Zimbabwe remains anyone's game after the end of the third day on Tuesday in Harare. Angelo Mathews remains unbeaten in a defiant knock in which he has faced 253 balls and scored 92 runs. Giving him company is Dhananjaya de Silva on 42 off 74. Sri Lanka are 295/4 and trail Zimbabwe by 63 runs. 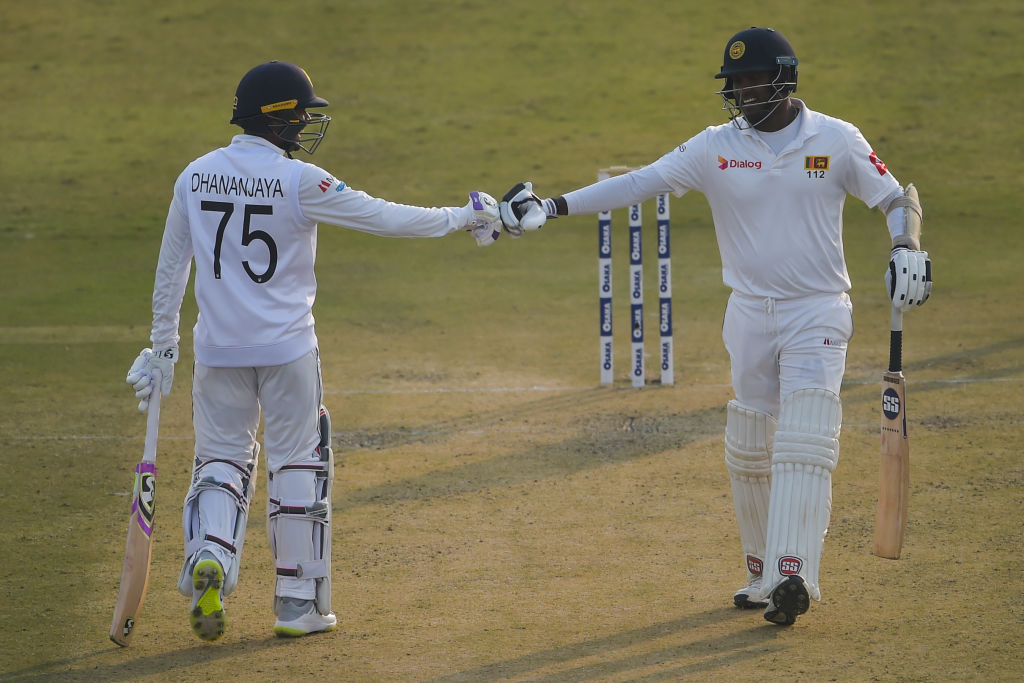 On a day when opportunities to pick up wickets were scarce, Zimbabwe managed to keep Sri Lanka from running away with their scoring rate. A wicket fell in each session and Mendis shared a 92-run stand with Kusal Mendis, who scored 80 off 163. His fifth wicket stand with De Silva has produced 68 runs thus far.

Sri Lanka are chasing Zimbabwe's first innings total of 358 in the first of two Test matches that will be played between the two sides in the series. The second Test will be played from January 27 to 31.