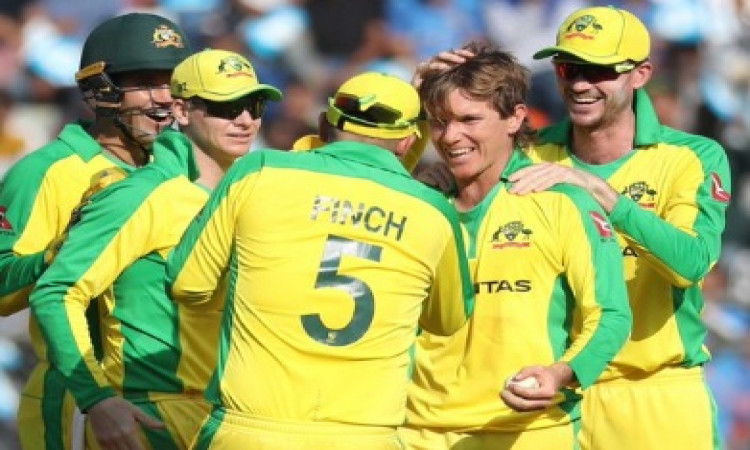 New Delhi, Jan 18. .Australia leggie Adam Zampa has become the most successful bowler against Virat Kohli in the limited overs format as he has now dismissed the Indian run-machine seven times.

After picking up Kohli's wicket in the 1st ODI in Mumbai, Zampa also claimed the wicket of the Indian captain in the second one-dayer in Rajkot. The Aussie packed back Kohli at 78, leaving the hosts at 276/4 in 43.1 overs.

With just seven overs left, the hosts were targeting 350 runs, however, the dismissal of Kohli applied the brakes on India's innings.

Zampa has now dismissed Kohli 5 times in the 50-over format beside picking him twice in the T20 internationals.West Indies' Ravi Rampaul has dismissed Kohli six times in ODIs, the most by any bowler.

Sri Lanka's Thisara Perera and New Zealand pacer Tim Southee are the other two bowlers to have dismissed Kohli 5 times in ODIs.

Australia had lost the Rajkot ODI by 36 runs but Zampa returned with impressive figures of 3/50 from his allotted quota of 10 overs.