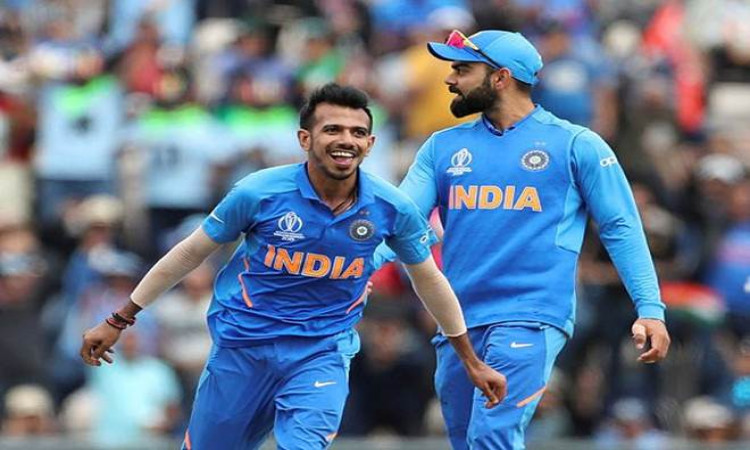 Southampton, June 5 (CRICKETNMORE) Leg-spinner Yuzvendra Chahal spun a web around the South Africa batsmen on Wednesday and returned with the best figures in this World Cup so far -- 4/51 from his 10 overs.

Chahal first castled Proteas skipper Faf Du Plessis, followed it with the wicket of Rassie van der Dussen, before dismissing David Miller and all-rounder Andile Phehlukwayo. The Proteas batsmen just didn't have an answer to Chahal's guile as he kept beating them with flighted deliveries.

In an interview to IANS, the 28-year old leg-spinner had said that while people on the outside may think that all spinners want rank turners, he likes wickets which are flat and have a bit of bounce on offer -- just like the ones being prepared in this World Cup.

In fact, he made it clear that he has more faith in his own abilities than looking at tracks for assistance.

"There was a bit of turn for the spinners even during the England-Pakistan series before the World Cup. But a lot will depend on the overhead conditions. Personally, I don't like rank turners. I love bowling on flat wickets with a bit of bounce. That personally suits my game. Also, as a wrist spinner you do induce turn irrespective of how the wicket is and I have never believed in looking at tracks for assistance.

"Bowling on rank turners is also an art, but if you ask me, I would love flat wickets with a bit of bounce and that gets me going. You can't bowl fast on flat wickets and you need to give it loop so that the ball takes turn. On turning wickets, the pace has to be increased since you already are getting turn," he said.