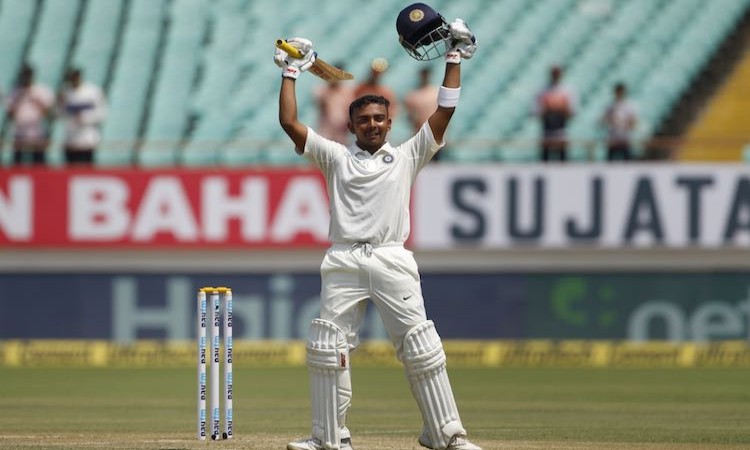 Rajkot, Oct 4 - Prithvi Shaw became the youngest Indian to score a Test century on debut as India rode on the Mumbai teenager's fluent 134 to dominate the opening day proceedings against the West Indies in the first Test here on Thursday.

Shaw, at 18 years and 329 days, reached the historic three-figure mark off just 99 balls at the Saurashtra Cricket Association Stadium here.

Shaw, who became the 293rd cricketer to represent India in Tests, also became the second youngest Indian ever to score a Test century after Sachin Tendulkar who cracked a ton at 17 years and 107 days in 1990 against England in Manchester.

Shaw, who opened the innings for India, hit 15 boundries. He is also the fourth youngest player of all time to hit a debut ton.

With this ton, Shaw has etched his name alongside legendary Indian cricketers like Mohammad Azharuddin, Lala Amarnath, Sourav Ganguly, Shikhar Dhawan, Suresh Raina and Virender Sehwag who also slammed a century in their Test debut.