You should never write off champions: Michael Hussey on Dhoni's future

New Delhi, July 3: Former Australia batsman Michael Hussey believes M.S. Dhoni is a champion cricketer and the ongoing forced break would provide him with an opportunity to introspect and see whether he wants to play again for the Indian team. 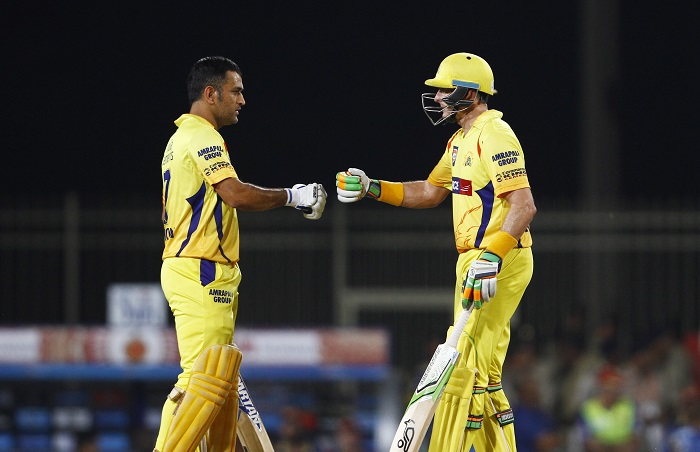 "I am obviously not an Indian selector but I don't think you can discount MSD. You should never write off champions and champion players, and he has given so much to the country as a player and leader," Hussey said during 'HotSpot: The Cricket Podcast' by Chetan Narula (sports journalist and broadcaster) and Deep Dasgupta (former Indian cricketer and broadcaster).

"He (Dhoni) still keeps himself in very good shape so as long as he keeps himself fit and healthy, and maybe this break is really helpful for him to rest and get a break especially from the physical side of things...because he has so much experience.

"It will take time to get his skills to the required level but not as long as other players who don't know their game as well. He has a great understanding of his own game and the whole game in general. I am not worried from the skill perspective," Hussey added.

Dhoni has been on a sabbatical since the 2019 World Cup where India lost to New Zealand in the semifinals under Virat Kohli's leadership.

There has been a lot of talk whether the wicketkeeper batsman will return to the Indian team or not with the T20 World Cup, to be held later this year in Australia, now in doubt due to the coronavirus pandemic.

"The only question is it is upto MSD himself really. Whether he is willing to be physically and mentally fully engaged to play for the country at the international level, then I have no doubt he can still do it. But does he want to do it?" asked Hussey.

"Maybe this forced break for MSD will give him an opportunity to mentally refresh (in that regard) and get that hunger to want to do it again (for India). I am not writing him off no question whatsoever, but I think it is upto him, and in his mind, in his heart, whether he still wants to do it (at the international level)," he added.

He was scheduled to lead Chennai Super Kings in the 13th edition of the Indian Premier League which currently stands indefinitely postponed due to the COVID-19 pandemic.