Manchester, Aug 7:  Shoaib Akhtar has expressed his unhappiness after former Pakistan captain Sarfaraz Ahmed was seen performing 12th man duties on the second day of first Test against England being 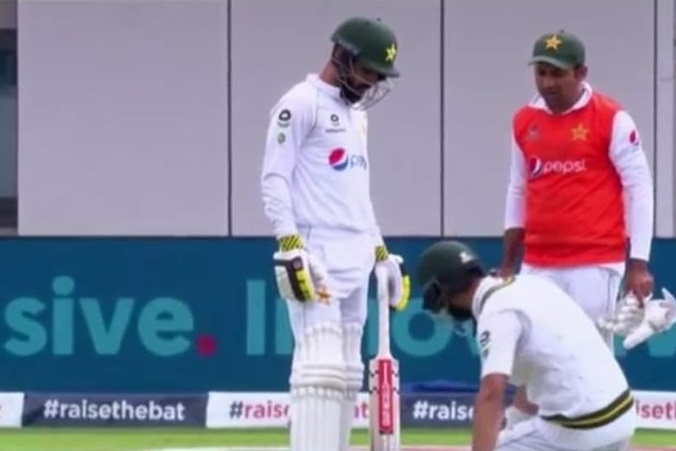 Manchester, Aug 7:  Shoaib Akhtar has expressed his unhappiness after former Pakistan captain Sarfaraz Ahmed was seen performing 12th man duties on the second day of first Test against England being played at the Old Trafford.

In the 71st over of the Pakistan innings on Thursday, Sarfaraz was pictured carrying drinks and shoes for the batsmen and Akhtar lashed out at the team management for making a former captain do so.

"I didn't like the visual. If you want to make an example out of a boy from Karachi then it is wrong. You can't do this to a player who has led Pakistan for four years and has won Champions Trophy for the country. You have made him carry the shoes. If he has done it himself then stop him. Wasim Akram never brought shoes for me," the former Pakistan speedster was quoted as saying by Cricket Pakistan.

"This shows that Sarfaraz is such a docile and weak man. He must have led Pakistan in the same way as he carried the shoes. That's why (former coach) Mickey Arthur always dominated him. I am not saying carrying the shoes is a problem, but former captain can't do that," he added.

"These type of discussions can only happen in Pakistan. I also performed the duties of a 12th man, when I was captain and was sitting out in a match against Australia. There is no shame in doing that," Misbah said during a videoconference after the day's play.

"Sarfaraz is an excellent human being and player. He knows that it is a team game. When other players are practising outside, so the player who is available has to help out.

"It is not a matter of disrespect. In fact, it is big of Sarfaraz that he doesn't mind doing it. Plus, it is a sign of a good team," he added.