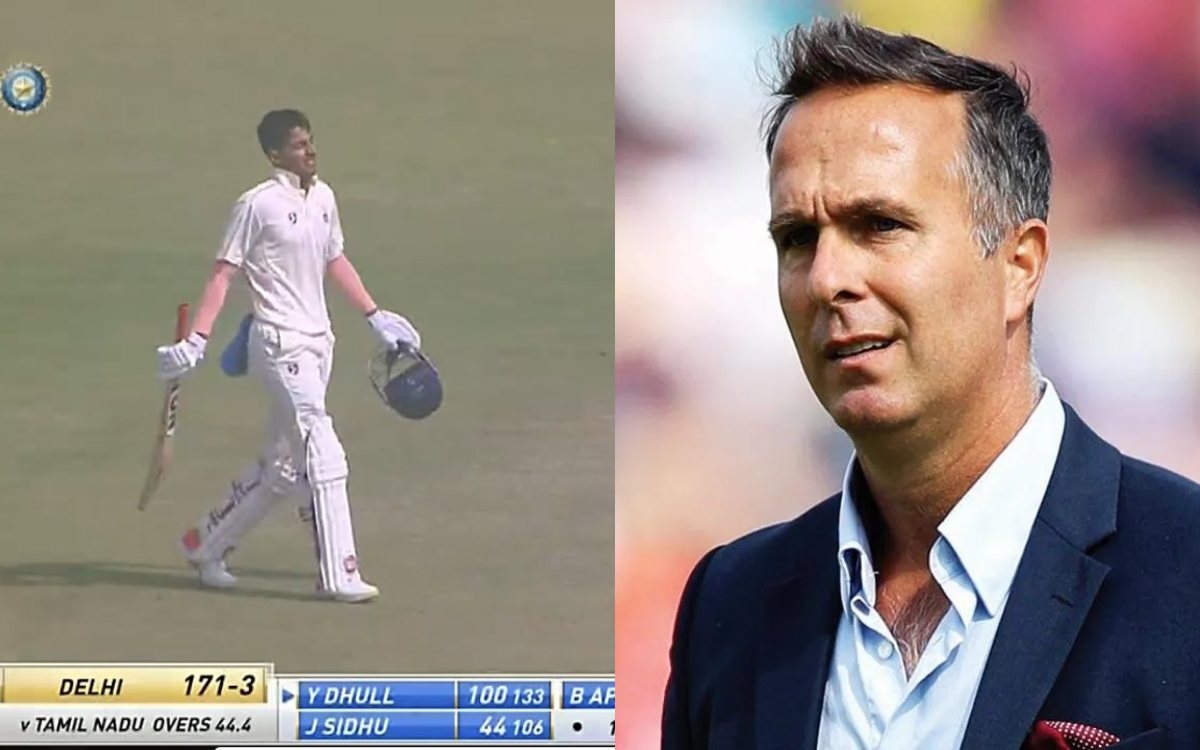 Vaughan's statement came after Dhull scored a century against Tamil Nadu in the ongoing Ranji Trophy Elite Group H contest at the Barsapara Cricket Stadium in Guwahati on Thursday. He scored 113 off 150 balls, including 18 boundaries, to continue his cricketing fairy tale.

"100 on his first-class debut ... Yash Dhull is a player we will be seeing lots of over the next few years," Vaughan tweeted.

Dhull opened the batting for Delhi after Tamil Nadu skipper Vijay Shankar elected to bowl first. Dhull watched his opening partner Dhruv Shorey get out for one followed by one-drop Himmat Singh was dismissed for a duck as pacer Sandeep Warrier bagged both wickets.

Dhull was firm in his first innings at the senior level, leading Delhi's recovery from 7/2 with a 60-run partnership with Nitish Rana (25) for the third wicket followed by a 119-run association with Jonty Sidhu for the fourth wicket. When Dhull was on 97, he was dismissed by pacer M Mohammed but the ball turned out to be a no-ball, giving the youngster a reprieve.

The 19-year-old Delhi lad became the third player to score a century on First Class debut as a teenager. Only Sachin Tendulkar and Prithvi Shaw have done this before Dhull. The month of February has been a great one for Dhull, who captained India to the team to the title in the U19 World Cup final against England at Antigua. In the tournament, he made 229 runs in four innings at an average of 76.33. It includes 82 against South Africa in the tournament opener and 110 against Australia in the semi-final.

In between, he missed matches against Ireland and Uganda due to a Covid-19 infection. After the World Cup triumph, Dhull was included in Delhi's squad for Ranji Trophy and also bagged an IPL contract with Delhi Capitals worth INR 50L.