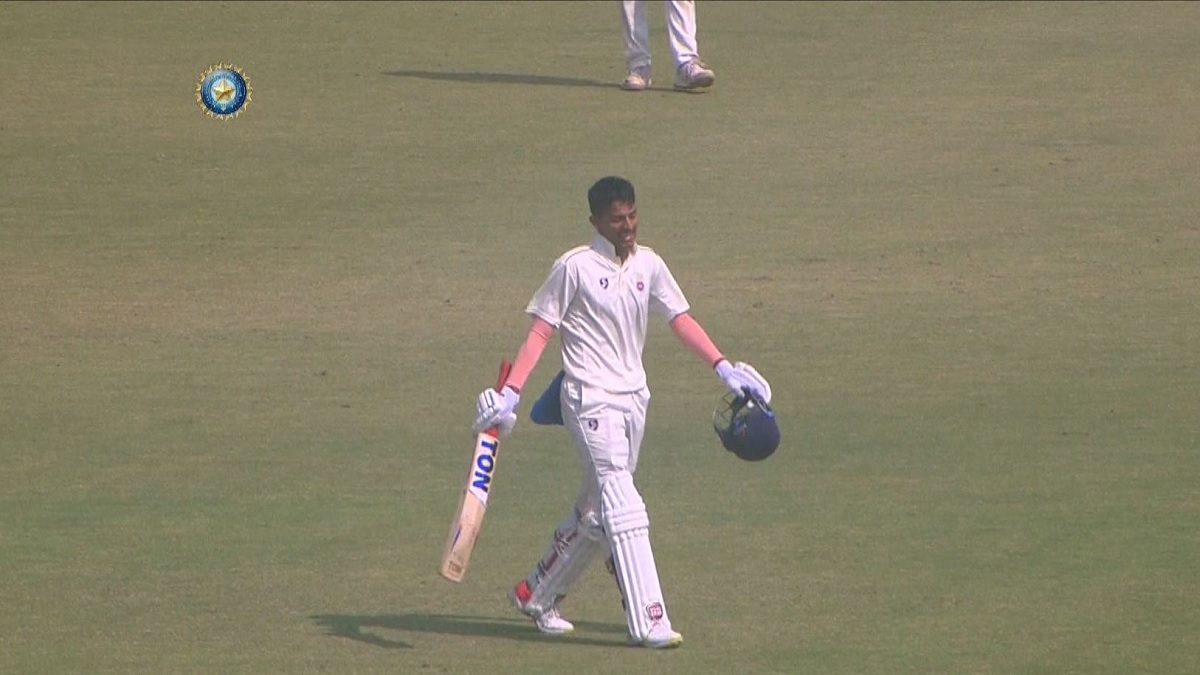 India's 2022 U-19 World Cup-winning captain Yash Dhull's unbeaten hundred (113) in the second innings against Tamil Nadu and Cheteshwar Pujaras scintillating 91 off 83 balls against Mumbai were the highlights on the last day of the first round matches of 2021/22 Ranji Trophy on Sunday.

With Dhull's unbeaten hundred (113) and his partner Dhruv Shorey unconquered on 107, Delhi finished Day 4 on 228/0 dec., forcing a high-scoring draw with Tamil Nadu in the Elite Group H in Guwahati on Sunday. Despite the draw, Delhi picked points on the basis of their first-innings lead.

Pujara, who was dropped from the Test team, responded with fine innings of 91 off only 83 balls as Saurashtra, nine down by stumps, held Mumbai to a thrilling draw in the Elite Group D match in Ahmedabad on Sunday.

In another Elite Group D clash between Odisha and Goa in Ahmedabad ended in a draw. Odisha scored 239 or 7 in the second innings before the game came to an end.

Madhya Pradesh, who have conceded a first-innings lead, came back in style, bowling out Gujarat for 88 on the final day. Kumar Kartikeya starred with the ball with figures of 5 for 34 after Shubham Sharma's 103 not out earlier in the day helped set a workable target of 195.

Another highlight of the day was Bengal's come-from-behind win at Cuttack. Bengal buried the ghosts of 88 all out in the first innings with a fantastic run-chase of 349 in the second.

Needing 203 more runs to win on the final day, Bengal lost early wickets but Shahbaz Ahmed (71 not out) and Abhishek Porel (53 not out) combined to add an unbeaten 108 runs for the seventh wicket which ensured a win.

Despite Sakibul Gani's record triple century, Bihar had to settle with a draw against Mizoram in Kolkata. Taruwar Kohli hit an impressive 101 not out in the follow-on innings as Mizoram finished on 199/4.

Uttar Pradesh and Vidarbha played out a draw in Gurgaon. Starting Day 4 at 32 for 2, UP finished the day at 250/6, with Rinku Singh finishing on 62 not out although Vidarbha picked the first-innings lead.