Suryakumar Yadav made light of the on-field showdown between him and Virat Kohli, saying that it took place in the heat of the moment and the two got back to normal after the end of the match. 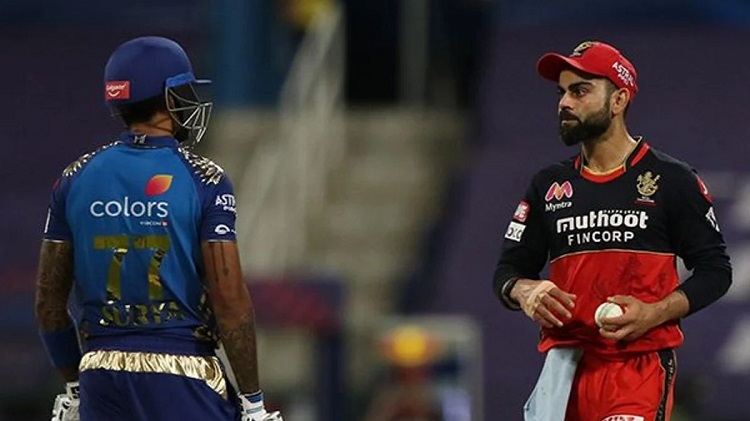 The incident happened during an IPL 2020 match between MI and RCB on October 28 when RCB Kohli stared at Yadav to unnerve him, but the MI batsman kept his cool and scored 79 to take his team home.

"I have seen him this energetic in every game. It wasn't as if he was like this in the game against Mumbai Indians. Even when he plays for India or even in franchise cricket and against any team, he is aggressive and energy is always spot on," Surkyamar Yadav told Sports Talk in a video posted on YouTube.

"It was an important match for them (RCB) as well. After the match, he was back to normal. He told me well played. It wasn't anything. It was just in the heat of that moment. I was also a bit surprised that it was highlighted so much," Yadav added.

The issue, however, did not end pleasantly as Yadav grabbed headlines again by liking a tweet that seemingly was a dig at Kohli. Yadav faced Twitter backlash for but then undid the like.