The 2019 World Cup final heartbreak against England at Lord's was the turning point for New Zealand cricket, and the win against India in the inaugural World Test Championship final at Southampton recently has made up for that disappointment, said Black Caps batsman Ross Taylor during a virtual media interaction on Wednesday. 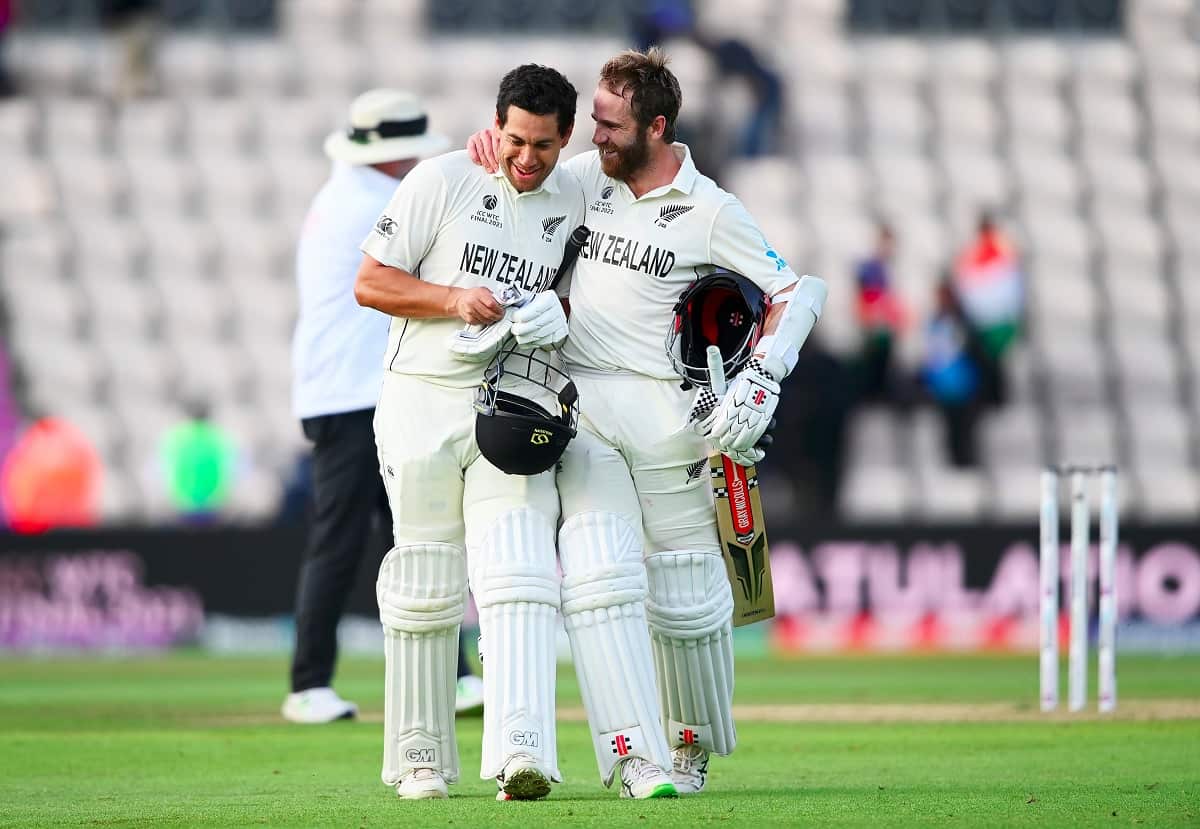 During the 2019 World Cup, the final ended in a tie with both England and New Zealand scoring 241 runs. It was followed by a 'super over'. England lifted the trophy on the boundary count --back rule after the 'super over' too finished level.


Indians Were Instrumental In Their Own Downfall With Some Forgettable Shots: Sunil Gavaskar

"Over the last few years, the team has built into a fantastic consistent side and after the heartbreak of the 2019 World Cup, this is definitely the highlight and I think probably makes up for that," said Taylor referring to the disappointment they suffered two years ago.

New Zealand skipper Kane Williamson and Taylor remained unbeaten on 52 and 47, respectively as they guided the team to an eight-wicket victory against India in the World Test Championship final.

"Once the winning runs were hit, walking off with him (Willamson) and the discussions afterwards, it's something that I'll never forget. It was still touch and go when I went out there to bat; to get through that hard period and Kane's been a fantastic captain and ambassador for the game and our country.

"And for him (Williamson) to be out there and on that last ball before, he sort of gave me a stare: 'hurry up and finish it' so that he doesn't have to. So it was nice to hit the boundary and celebrate what was a tough match with a lot of hard work over the last two or so years," said Taylor, a veteran of 108 Tests and 233 ODIs who has scored over 16,000 runs in the two formats.

On the picture-perfect photograph of the two (Williamson and Taylor) walking back to the pavilion in Southampton after completing the job on the reserve sixth day, which has now been immortalised, the 37-year-old Taylor said, "It was just nice to have been there. But, I think, I've seen the photo a lot. A lot of people have sent it to me and I think the photo of Kane and I coming off probably speaks louder than words.

"The photo says it all, I think. Obviously, we were very happy with what we had achieved but also there was a little bit of relief in there too that we were finally able to get one across the line. After the heartbreak of 2019, it was nice to finally be out there and be there with Kane and go and celebrate it with a lot of guys -- BJ (Watling), Boulty (Trent Boult), Tim (Southee), a lot of guys who have been in this team and experienced a lot of highs and lows over a long period of time."