The chances of the World Test Championship (WTC) final between India and New Zealand - dubbed by the ICC as 'The Ultimate Test' - spilling over into a sixth day's play hovered on the horizon, after incessant rain comprehensively put paid to the opening day's proceedings here on Friday. 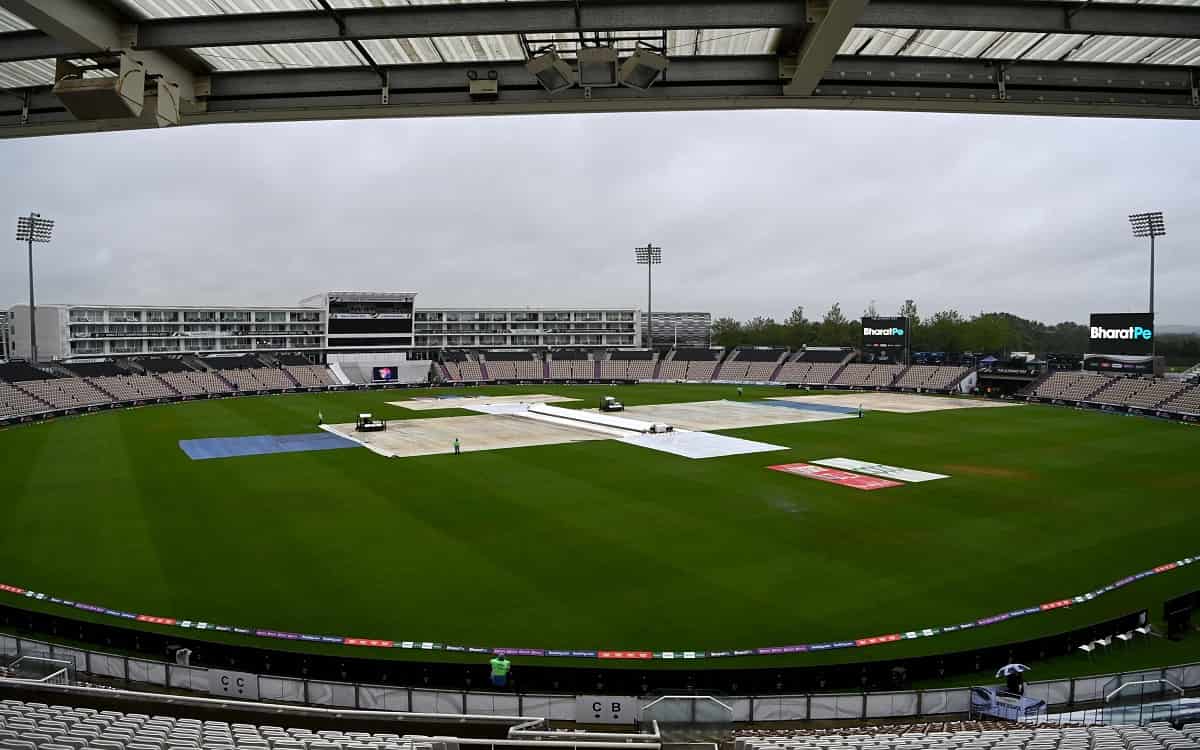 The International Cricket Council (ICC) has allocated an extra day in reserve as precaution for the one-off decider. India's fielding coach R. Sridhar in an official media interaction described the foresight as "prudent and wise".

Asked if India will consider changes to the playing XI they announced on Thursday, he replied: "The XI that has been announced takes the pitch and conditions out of the equation." In effect, he emphasised that what has been named is an all-weather team, which will not be altered because of the deluge that has struck the venue of the match.

New Zealand, however, kept their options open. Their opener Tom Latham told the media: "We haven't decided on the final XI yet." Besides, he distinctly hinted at a sixth day being needed after the complete washout of the opening day's play. "With the extra day we've got up our sleeves, we can still go all the way," he said.

Only a few hundred spectators - overwhelmingly of Indian origin - braved the foul weather on Friday. Going by the overnight forecast, there was little prospect of play. The outfield, notwithstanding the modern drainage system underneath, was too soggy for it to recover, even if the downpour had stopped, which didn't happen.