Wrote to BCCI in 2006 to fast-track Pujara, Rohit and Chawla: Venkatesh Prasad

New Delhi, June 12:  Venkatesh Prasad, one of Team Indias key members in the 90s, had also donned the coachs hat during the U-19 World Cup in 2006, in which the Indian colts emerged as the runners-u 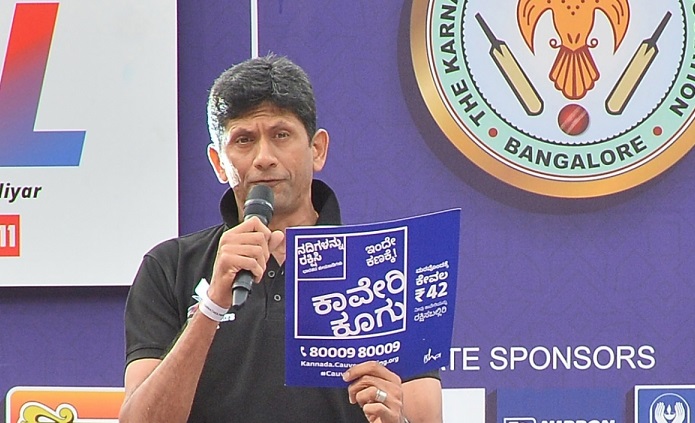 New Delhi, June 12:  Venkatesh Prasad, one of Team Indias key members in the 90s, had also donned the coachs hat during the U-19 World Cup in 2006, in which the Indian colts emerged as the runners-up. The likes of Rohit Sharma, Cheteshwar Pujara, Piyush Chawla and Ravindra Jadeja were under his tutelage. Now after 14 years, the former fast bowler reminisced about his coaching days.

"These three guys -- Piyush Chawla, Cheteshwar Pujara, Rohit Sharma I had no doubt about their talent and their capabilities. I knew very well that they're going to go a long way. In fact, the moment the U-19 World Cup (2006) was over, I did write to BCCI in my report saying that these players should be fast-tracked into playing Ranji Trophy or the zone matches, this is what I had said," he told FanCode, a multisport aggregator platform from the house of Dream Sports.


Team India will not travel to Sri Lanka and Zimbabwe, says BCCI

Talking about Jadeja, he said, "Ravi Jadeja definitely had the talent and all he had to do was work hard on his ability, on his skillset and be focused."

No conversation with Venkatesh Prasad is complete without the mention of his face-off with Aamir Sohail in the 1996 World Cup quarterfinal, which to this day is considered as one of the biggest moments of Indian cricket history. "There's not even a single day that goes by without anybody, whoever sees me, come what may, would definitely ask me, every single day from the last 24 years.

"He should've just gone back to his crease probably after getting that, but there was some exchange of words and a gesture that he made which didn't really go well. Obviously, with the entire nation and spectators who were watching, and of course, with me as well. My blood was really boiling and we needed a wicket."

When asked about the send-off, the 50-year-old said, "I would've been penalised for that sort of gesture because that's when the ICC Code of Conduct had come into the picture during the '96 World Cup; so I had to be very careful. And Shepherd was the umpire, so Azhar, Srinath and Sachin, everybody came to my rescue, otherwise, I would've probably been penalised or may be banned."

He compared this situation with hockey and said: "You know we were extremely good in our skills in hockey, so when they changed the layout, the astro turf came in, it all became speed and strength, so now cricket is going that way as well. There is no saliva so it's very difficult to swing the ball so it depends a lot on one's pace."