New Delhi, May 29: Suresh Raina said that he would choose Ravindra Jadeja and Dwayne Bravo as his Indian and overseas quarantine partners from among his Chennai Super Kings teammates. 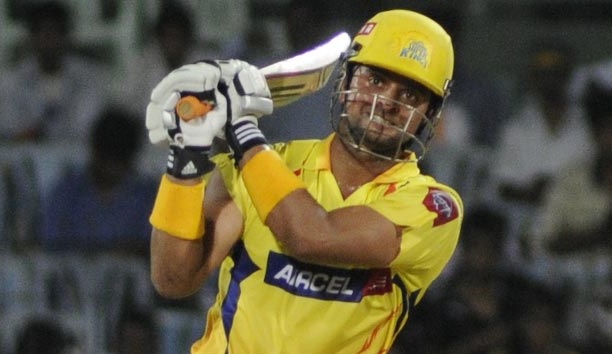 "I would love to take Ravindra Jadeja. I love his company, he is fun," said Raina in an Instagram video interaction with the franchise.


I told Rahul Dravid he was not out after ODI in 1996: Rashid Latif

"I would just love to spend the lockdown in his farmhouse, ride his horse, maybe ask him to teach me how to ride the horse. We can have the best food ever there.

"I love what he is doing in his international career, he puts in a lot of hard work. Hope he performs more for the country."

When asked which overseas player he would like as a quarantine partner, Raina picked Bravo due to the Trinidadian's gung-ho nature.

"I think I would take DJ Bravo. In the lockdown you really need to dance in the house and I think he will do whatever he wants to do to make you happy. He will make you dance to different songs, even make new songs, so I would love to be with him too among overseas players," said Raina.

The trio would have been playing for CSK in the 13th edition of the IPL had it not been for the coronavirus pandemic forcing it's postponement. The season was scheduled to start with CSK facing Mumbai Indians in the latters' home ground at the Wankhede Stadium on March 29. However the season was initially postponed to an April 15 start, which later turned out to be the same date that the first lockdown imposed in the country to deal with the pandemic on March 25 was scheduled to end.

Eventually, when it emerged that the lockdown would need to be extended, the IPL, like almost all other major cricket competition around the world, had to be postponed.