Natalie Sciver and Katherine Brunt, got married on Sunday, England Cricket confirmed in a Tweet on Monday. 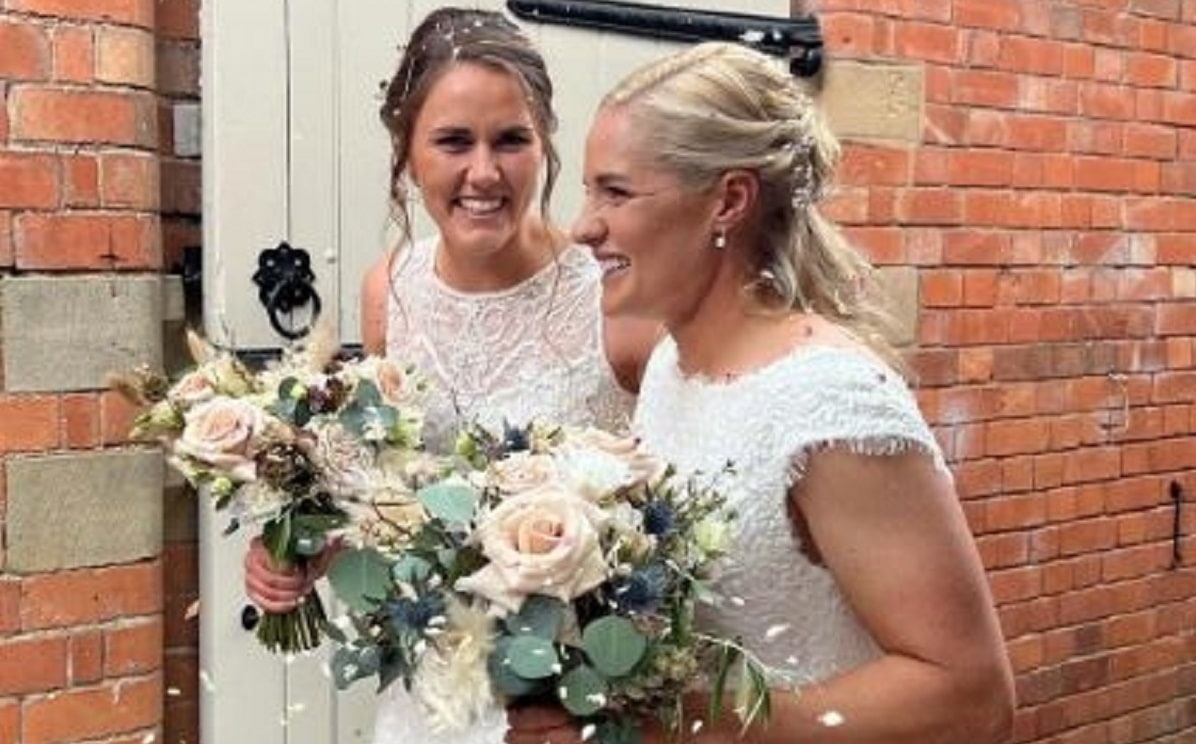 Our warmest congratulations to Katherine Brunt & Nat Sciver who got married over the weekend pic.twitter.com/8xgu7WxtFW

"Our warmest congratulations to Katherine Brunt & Nat Sciver who got married over the weekend," England Cricket tweeted on Monday afternoon (IST).

In a story on her Instagram account, Guha said, "Proud, Love you both Nat Sciver and Katherine Brunt."

Guha also shared a series of photos from the wedding ceremony of the two women cricketers. "All love Katherine Brunt and Nat Sciver so proud/happy for these beauties," Guha wrote.

This is not the first time that same-gender women cricketers get married or engaged in the cricketing world. Before Natalie Sciver and Katherine Brunt's marriage, Amy Satterthwaite and Lea Tahuhu of New Zealand along with South Africa's Marizanne Kapp and Dane van Niekerk have also tied the knot.

Both Sciver and Brunt were part of England's 2017 World Cup-winning campaign at home and also played in the 2022 World Cup in New Zealand where England emerged runners-up of the mega event after losing to Australia in the final by 71 runs.

The 36-year-old Brunt, who made her debut for England in 2004, is the senior-most player in the current national side having played 14 Tests, 140 ODIs, and 96 T20 International matches, while the 29-year-old Sciver made her debut in July 2013 in the ODI series against Pakistan at home. Sciver has 4774 runs and picked 140 wickets in all three formats for England in 187 matches.