World Cup final should have been a tie,says Cheteshwar Pujara

New Delhi, July 15 (CRICKETNMORE):  Cheteshwar Pujara on Monday said that for him the 2019 World Cup final between England and New Zealand did not have a loser. "To be honest, I felt that there was no loser. Because it was a tie, both teams should have been given the trophy," said the 31-year-old batsman. 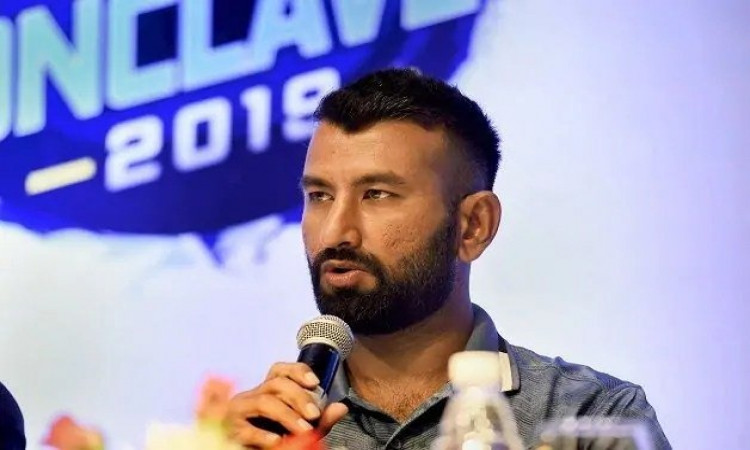 Speaking on the sidelines of an event here, Pujara said it was upto the International Cricket Council (ICC) to come up with the rules but the result was unfair for New Zealand. "They played so well but England ended up being winners. Ultimately it was a good game of cricket and I am sure that this game will be remembered for years to come," he said.

England and New Zealand played what is being cited as the greatest final in the history of the World Cup. Chasing a target of 242, England looked down and out at 86/4 before Ben Stokes and Jos Buttler's counter-attack brought them close to the target. While Buttler eventually got out on 59, Stokes soldiered on with the lower order and the match went into super over.

England scored 15 runs in their six balls and New Zealand matched that but the hosts won the World Cup on the basis of their superior tally of boundaries in the match. The decision, along with the awarding of six runs instead of five for an overthrow that went to the boundary after a deflection off Stokes during the last over before the Super Over, has come under significant criticism.

Pujara also said that he does not think about whether he deserved to be in Indian World Cup squad as the number four batsman. India's indecisiveness about finalising a player for the spot has been cited as one of the reasons behind them being knocked out by New Zealand in the semi-finals. "It would have been nice to be part of the World Cup squad but it is in the past. We are going to West Indies for the Test series and I will most probably be part of that. I was look towards the future," he said.

He however, said that he feels he has got what it takes to make it in limited overs cricket. Considered one of India's stalwarts in the longest format of the game, Pujara has never been able to stake a claim in the Indian limited overs side, having played just five ODI matches for the country. "I have the capacity to play shorter formats of the game. I am trying to improve in One Day and T20 formats. I love playing this game so why not ODIs and T20s. I always feel that I can play in all formats," he said.

Pujara is expected to be seen in action for India in the final leg of their West Indies tour. The tour consists of three T20Is, three one-day internationals and two Tests in the month-long tour. The Test series will be the start of India's campaign in the World Test Championship 2019-2021.