Won't Be Complacent, Will Focus On Giving Our Best Against SunRisers Hyderabad: Amit Mishra

Experienced leg-spinner Amit Mishra believes pressure will be on the SunRisers Hyderabad (SRH) when they take on Delhi Capitals in their next Indian Premier League (IPL) encounter on Tuesday. 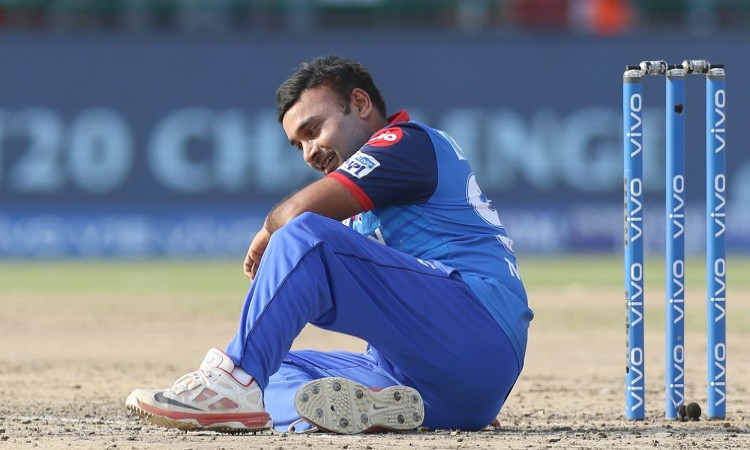 Capitals currently stand at the top of the points table, having won both their games while Hyderabad have lost their first two games and are yet to open their account in the tournament.

"Having lost the first two matches, there is always pressure on the team. However, it is just the start of the tournament so it won't be that much. But we don't talk about such things in our dressing room -- we focus on ourselves," Mishra said while speaking to the media at a virtual press conference on Monday.

"We have a good rhythm to our game and are high on confidence. It doesn't mean we are complacent. We are fully focused on our planning and giving our best tomorrow on the field. Certainly won't be taking them lightly."

Amid talks of Kane Williamson returning to the line-up for the opponents on Tuesday, Mishra said his team will be prepared to tackle that challenge as well. "There is always planning involved for the whole team. Like I said, we don't take anyone lightly -- we have our plans in place for bowlers and batsmen -- and it will be similar for him (Williamson) as well," expressed the 37-year-old.

Mishra, who is IPL's second highest wicket-taker with 157 wickets in 148 matches, made his first appearance of the season last Friday against Chennai Super Kings and produced a wily performance to put his team into a commanding position with economical figures of 0-23 off his four overs.

Tuesday's match will also be the first time the Shreyas Iyer-led side steps foot onto the Abu Dhabi stadium and Mishra believes they might get a slower wicket as compared to Dubai. "I think the pitch there might support batting. From what we've seen, it is a bit slow and that means batsmen get time to play their shots. The batsmen do have a slight advantage so bowlers will need to plan well, and we will certainly do that as well."

Commenting on head coach Ricky Ponting's man-management qualities and what has impressed him the most, the spin veteran said, "I think the fact that he's played so much cricket at the top level means he knows about the mentality of each individual. He knows how to talk to people and what to say at what moment. He ends up boosting the confidence of all the players and is always positive only."

The leg-spinner was also asked to comment on Iyer's captaincy, to which he said, "I find him to be a very positive character. The best thing for me is the fact that he gives freedom to his bowlers to choose their fields and set up their plans. He backs you all the time and I'm sure he will keep on growing as a captain."