Auckland Hearts on Monday pulled it together to keep their top qualifier hopes alive with a 27-run win over Otago Sparks at the Eden Park Outer Oval in Women's Super Smash T20 tournament. 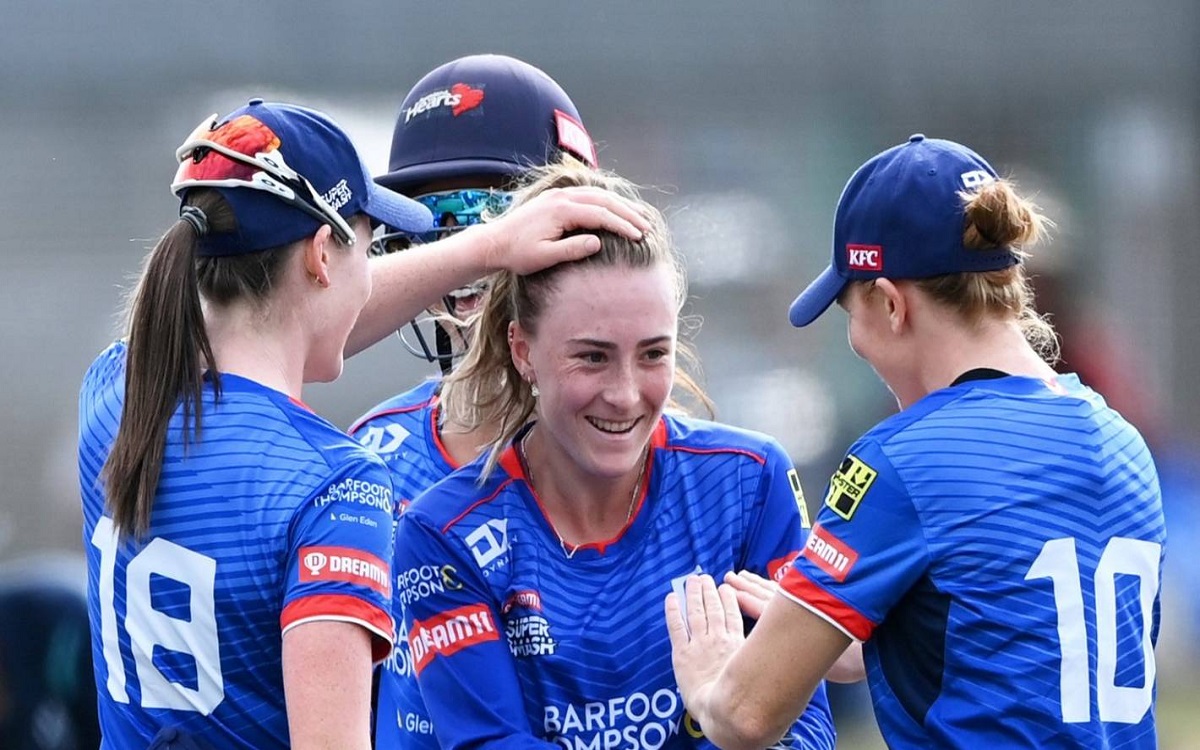 Already qualified but sitting at the third spot on the table, the Aucklanders grabbed four crucial points with their win over the out of contention southerners.

After being dismissed for 123, they bundled Sparks for 96 in the final over of their innings at Eden Park Outer Oval and win by 27 runs.

It ensured the Hearts stayed in touch with the other two qualifiers - equal on points again now with the Canterbury Magicians, and just two points behind leaders the Wellington Blaze, all three with one game to go where the four points at stake will determine who gains direct entry into the Grand Final at the Basin Reserve on February 13.

Earlier, the Auckland Aces took one of their biggest ever T20 wins off the Otago Volts in the dead rubber at the bottom of the table in the men's tournament.

The 103-run victory was second only to a previous 106-run victory in the Aces' team history (also against the Volts, six years ago) and proved enough to lift their net run rate high enough to overtake the luckless Volts into the fifth spot on the table.

The jockeying for position will resume on Friday with a clash at Napier's McLean Park between the Canterbury Kings and Central Stags, with the latter needing to win to make sure that they go on to join the Kings in the elimination final.

Should the Stags instead lose their third game on the bounce, they will face a nervous 24-hour wait to see the result of the Northern Knights-Otago Volts final game in Dunedin.

The doubleheader will begin with the Canterbury Magicians away to the out-of-contention Central Hinds, with the qualified Magicians also still in the tight race to finish top of the table for direct entry to the final.