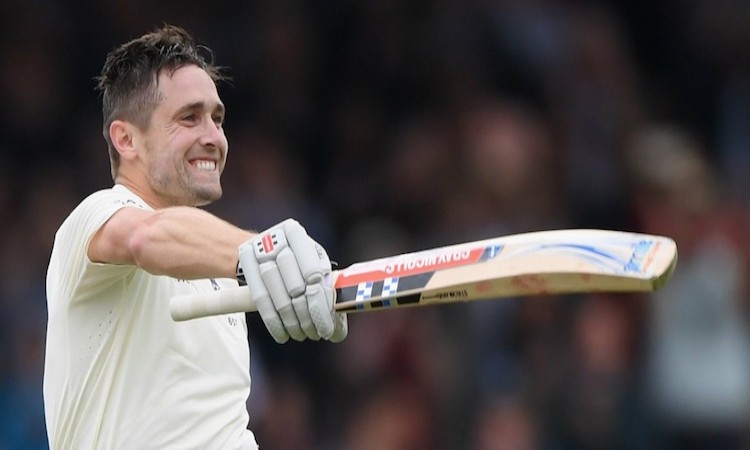 London, Aug 12 - England rode on and Chris Woakes (120 not out) Jonny Bairstow (93) to reach 357 for six wickets and take a huge 250-run lead over India on the third day of the second Test at the Lord's here on Saturday. (SCORECARD)

All-rounder Woakes registered his maiden international century, while Bairstow scored his 19th Test fifty as the duo shared a 189-run stand for the sixth wicket. When the pair had joined hands, England were 131/5 and India had done well to stay in competitive mode in the rain-affected match.

But Bairstow and Woakes dealt handsomely with every challenge came before them. And India captain Virat Kohli was also blamed for letting the game drift with this partnership by not asking his bowlers to operate with aggressive intent.

Woakes was particularly impressive as he was making a comeback into Test cricket after an injury and he got a chance to play only because Ben Stokes went out of duty due to personal reasons.

Woakes and Bairstow initially saw off the probing deliveries from Mohammed Shami and Ishant Sharma who had troubled the English top-order. But once they got into grove, they adapted to the conditions and runs flowed, even against spinners Ravichandran Ashwin and Kuldeep Yadav.

Before this partnership, even though the sun was smiling at the Lord's, Indian pacers had floored the English batsmen. Alastair Cook (21), Keaton Jennings (11), debutant Ollie Pope (28) and skipper Joe Root (19) all of them had perished before lunch, with England 18 runs behind India's first innings total.