Without sounding arrogant, feel like I'm one of the top 6 batsmen: Usman Khawaja 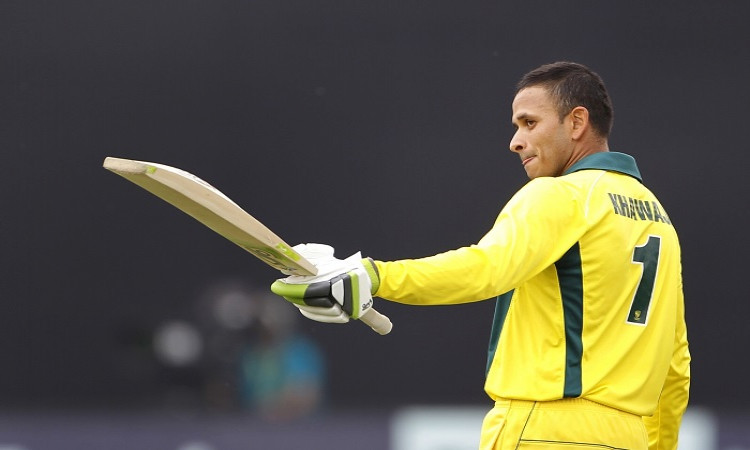 Sydney, May 2: Usman Khawaja has said that he is "shocked" by the financial mismanagement within Cricket Australia. CA chief executive Kevin Roberts had to stand down the vast majority of the staff for the rest of the financial year and Khawaja said that the sport's governing body in the country is having cash-flow issues.

"I was very shocked. I knew our projections for revenue were still very high and I think they still are, depending on what happens with the India series," he told Fox Sports Australia.

Also Read: Everyone has fears, few conquer it: Ravindra Jadeja

"It's a bit confusing. I don't have all the financial information in front of me, but it seems like it's more of a cash-flow problem at the moment."

Khawaja said that the predicament could be partly down to poor business decisions. "There's obviously a little bit of mismanagement there somewhere, with the portfolio and putting a lot of money into the share market.

"To me that's Business 101. To make sure you have enough cash reserves if c**p hits the fan.

"So I'm a little bit disappointed on that front... but what's been done is done now, so it's just our responsibility as CA and ACA to work through this," he said.

Khawaja's omission was one of the biggest talking points when CA announced its central contact list for 2020/21. He however feels that he can bounce back easier from this than when his previous omission in 2014.

"Without sounding arrogant, I still feel like I'm one of the top six batsmen in the country," Khawaja said.

He however said that criticism levelled at him for his play of spin is rather unjustified. "My playing against spin has been right up there as some of the best in the county. Bar maybe Steve Smith, who is an absolute genius. But the most important thing is to score runs," he said.