India arrive with a 2-1 lead in the five-match series and would be seeking to seal the series with the fourth match against West Indies on Saturday. 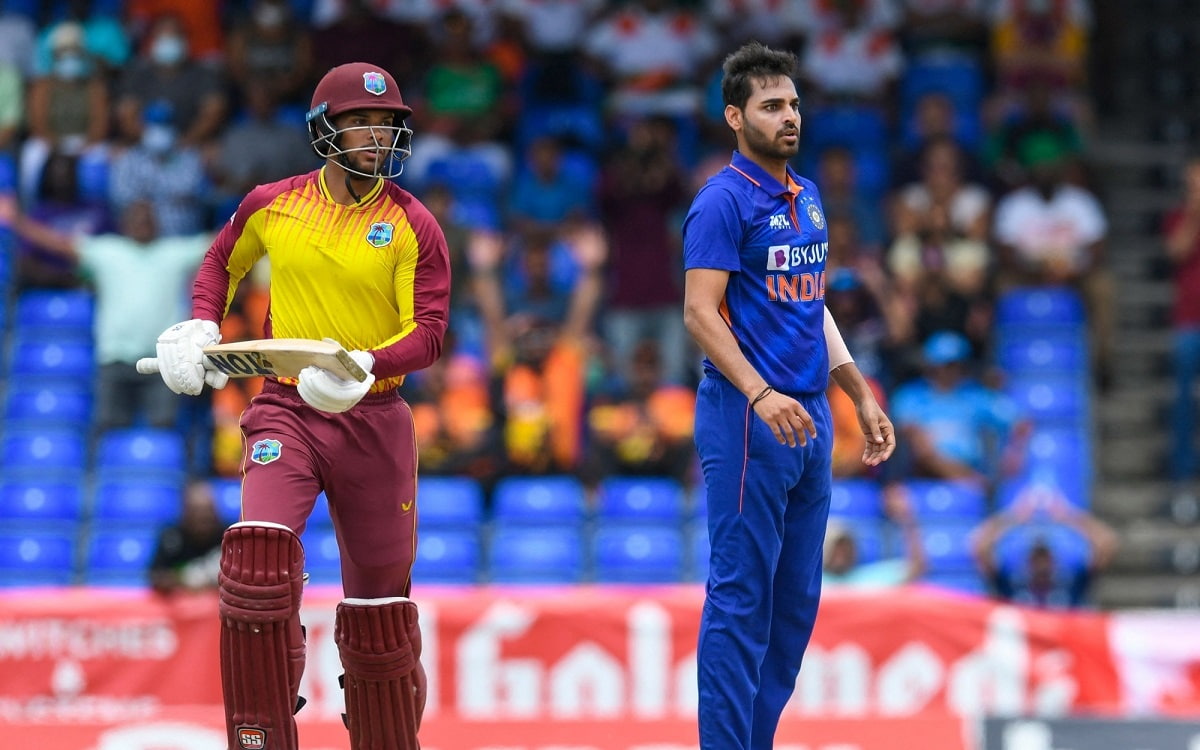 This week in the T20I series between India and West Indies has seen some turbulence. The start of second T20I at Warner Park in Basseterre was delayed by three hours due to delay in luggage arrival.

Then the USA visas of both teams were made available at the eleventh hour in Guyana, thanks to the intervention by their government, which paved the way for the Florida leg of the series to happen as per schedule at Central Broward Park in Lauderhill on Saturday and Sunday.

India arrive with a 2-1 lead in the five-match series and would be seeking to seal the series with the fourth match on Saturday. For West Indies, they would be aiming to square the series 2-2 and set up Sunday's match as a winner-takes-it all decider.

The two matches could be the last time India get try some more contenders for the Men's T20 World Cup squad in Australia. Suryakumar Yadav gave a glimpse of his stellar stroke play as an opener with an eye-catchy 76 off 44 balls to make a tricky chase look easy.
Dinesh Karthik, Rohit Sharma and Rishabh Pant have chipped in with some contributions as well, though the Indian skipper's availability will be a concern after retiring hurt in the last match due to back spasm. With the World Cup looming around, the Indian team might not risk Sharma if he isn't 100 per cent fit. They would also like for Shreyas Iyer to get a big score under his belt.

In the bowling department, young left-arm pacer Arshdeep Singh has impressed in different scenarios during the matches to boost the case for his selection in T20 World Cup. His fellow pacer Avesh Khan has been far from his impressive self and has leaked plenty of runs in death overs. If Harshal Patel has recovered from rib injury, expect him to replace Avesh in the eleven.

West Indies, meanwhile, despite being 1-2 down, have found some reasons to be happy in their run to World Cup. Openers Brandon King and Kyle have hit a half-century each in the series. But the hosts would want for their big-hitters, captain Nicholas Pooran, Shimron Hetmyer and Rovman Powell, to fire collectively.

Left-arm pacer Obed McCoy has troubled the visitors with his angles and hit the deck hard style while left-arm spinner Akeal Hosein has oscillated well in giving the West Indies needed control and picking wickets at the same time. If the pitch is on slower side, they could get in all-rounder Keemo Paul to test his cutters and put them to good use against the Indian batters.

Barring a few passing showers, all should be well in Lauderhill hosting back-to-back high-octane clashes between India and West Indies.