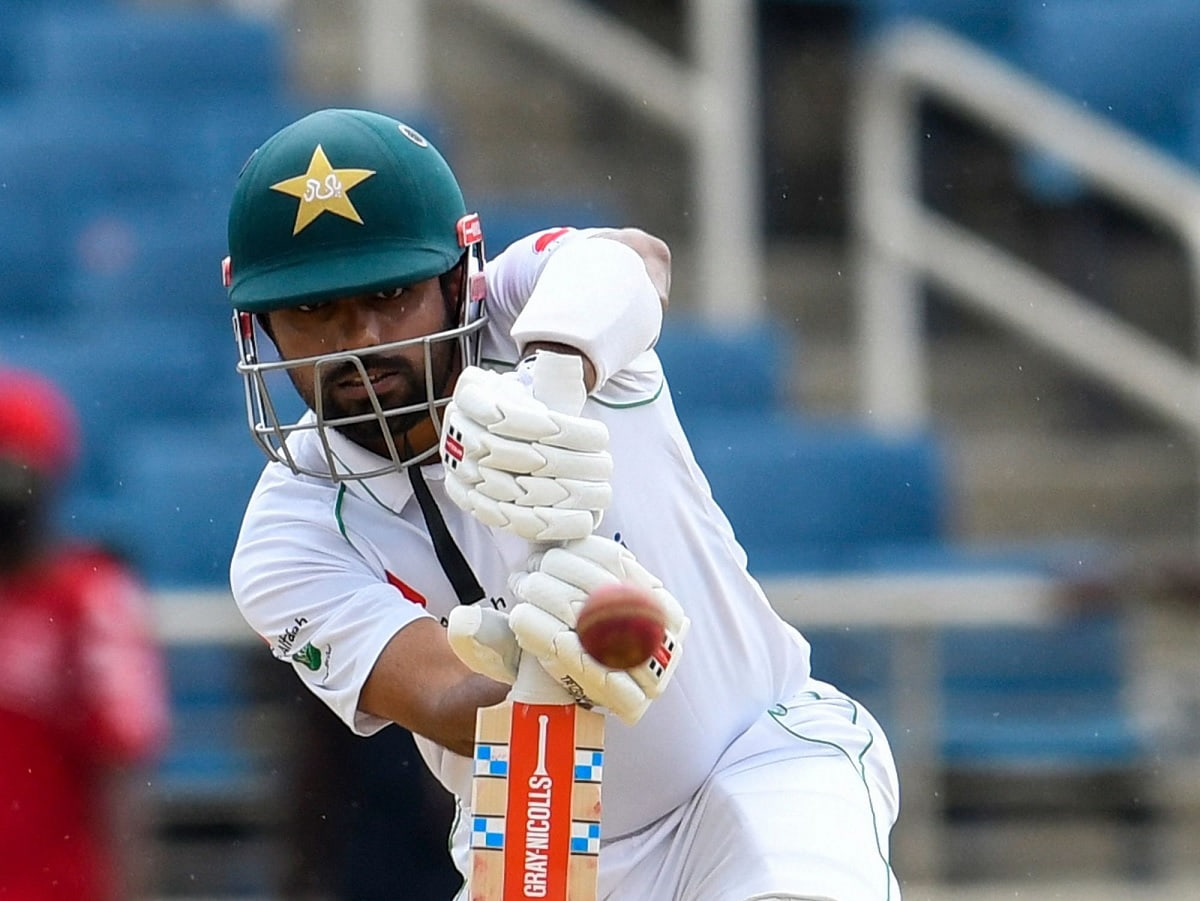 Pace bowlers Kemar Roach and Jayden Seales took crucial wickets to give West Indies the edge but Babar Azams 17th Test half-century helped Pakistan put up a stiff resistance on the third day of the opening Test at Sabina Park on Sunday (IST).

Trailing by 36 runs on first innings after West Indies were dismissed for 253 within the first 16 balls of the day, Pakistan recovered from a precarious position of 65/4 end the day on 160/5. Azam was unbeaten on 54 while Abid Ali (34), wicketkeeper Mohammad Rizwan (30) and Azhar Ali (23) all got starts but failed to flourish.

There was a rain stoppage for close to two-and-a-half hours in the final session, and Pakistan will enter Day 4 with a lead of 124 runs. Roach spearheaded the attack, claiming 2/15 from 15 high-quality overs while the 19-year-old Seales continued to show promise with 2/50 -- both wickets coming in one over just after lunch to rock the Pakistan innings.

"I've definitely enjoyed bowling on this surface so far. I think it's played pretty well and it's helped the bowlers once you bowl in the right areas. For me, it's just to bowl good line and length and force the batsman to make a mistake, and create as much pressure as possible," Seales, who picked up three wickets in the first innings, told Cricket West Indies (CWI).

"We have to remain as patient as possible [on the fourth day], doing the things we did well earlier in the day, get the wickets and then go in there and bat, and win the game," he added.

However, Roach gave West Indies the ideal comeback when he brought one back to hit Imran Butt in front without scoring, in the third over with a single run on the board -- the decision coming courtesy of DRS. Opener Abid Ali then struck five fours and a six off 66 deliveries and Azhar Ali, three fours in a 60-ball knock, as they combined to add 55 for the second wicket and steady the innings.

On 56/2 at lunch, Pakistan slumped even further thanks to a double strike from Seales in the fifth over following the resumption. First, the rampaging teenager had Abid caught at second slip by Holder, the right-hander adding only three to his lunch-time 31, before removing new batsman Fawad Alam without scoring three balls later, caught at the wicket by Da Silva pushing uncertainly forward.