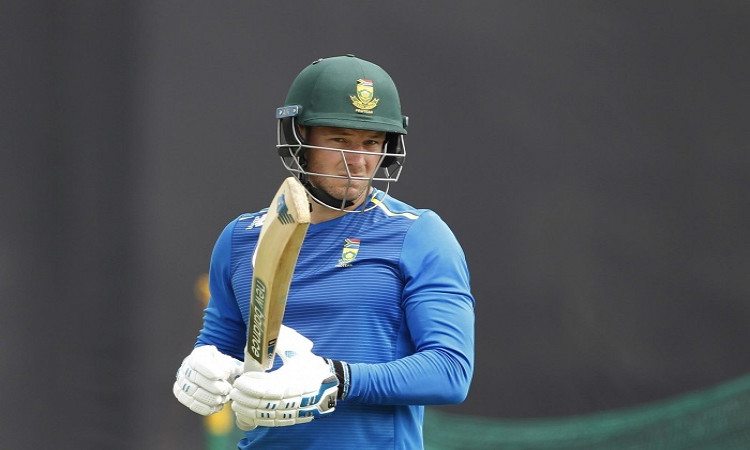 Dharamsala, Sep 14: South Africa batsman David Miller knows he will have his task cut out and also the responsibility of guiding the younger crop of players in the three-match T20I series against India beginning Sunday at the HPCA Stadium here.

"Yeah I feel playing for your country, there is always responsibility on your shoulders regardless of how much experience you have in international cricket," Miller, a veteran of 126 ODIs and 70 T20Is, told reporters on the eve of the first T20I.

"I mean I have been playing for many years and there are a lot of things to look forward to. We have a young squad and they are all looking ahead to the challenge. It is a great stepping stone, we have come here to win and leave a mark," he added.

The 30-year-old stated that Quinton de Kock possesses an "incredible cricket brain" and that he will be ready to perform "any role" that the new South African white-ball skipper wants him to.

"Quinton has been around for many years. He has an incredible brain, he is a thinking cricketer. It is really nice to be alongside him. It has been great so far, hope it continues," Miller said.

The Proteas had a forgettable World Cup as they managed to win just three games out of the nine they played in the round-robin stage and finished at the seventh spot. However, Miller wants the team to leave that debacle behind and look ahead.

"Yeah, I think what happened at the World Cup is something to learn from. We did a few things wrong and it (results) never came out the way we wanted. So we are lucky that it's a new phase in South African cricket at the moment," said Miller.

After the T20Is scheduled to be played on September 15, 18 and 22, the Proteas will also play three Test matches against the Virat Kohli-led side.