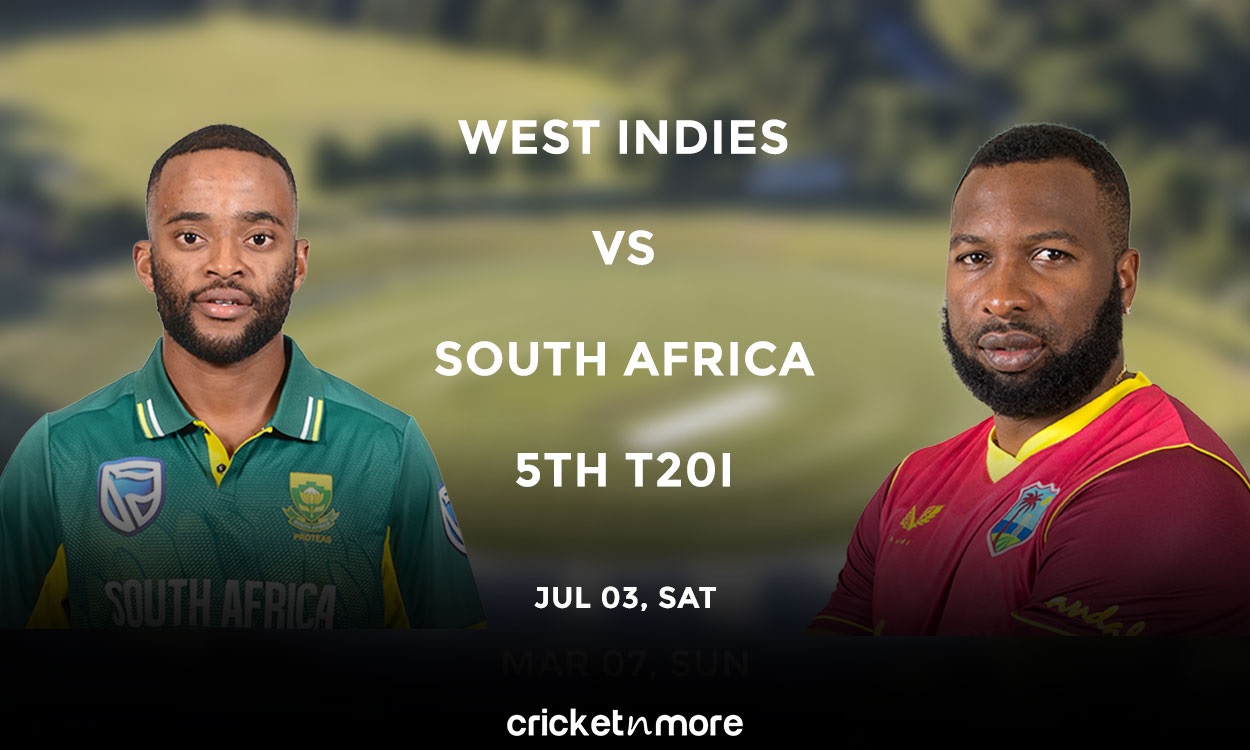 The West Indian top order is strong, but they have to sort out the middle-order woes that have hurt them throughout the series. Kieron Pollard stepped up in the last game to smash 60 runs in the death overs and finish the innings on a high.


India Got Ahead Of Themselves Against New Zealand In WTC Final, Says Alastair Cook

The pitch is assisting slow bowlers that has brought Dwayne Bravo into the game. He will once again play a crucial role in this do-or-die game.

South Africa's batting lineup highly depends on Quinton de Kock. The rest of the batters need to step up to take over the line in the final T20I.

Tabraiz Shami and George Linde have been the star of South Africa's bowling department. Shamsi has taken six wickets but most importantly, choked runs in the middle overs.

The series has seen a tough battle between bat and ball with both teams dominating each other in two games each. The decider is likely to go down to the wire.