South Africa will take on West Indies in the 2nd T20I of the five-match series in Grenada. The home team won the first game comprehensively by eight wickets and took the 1-0 lead. 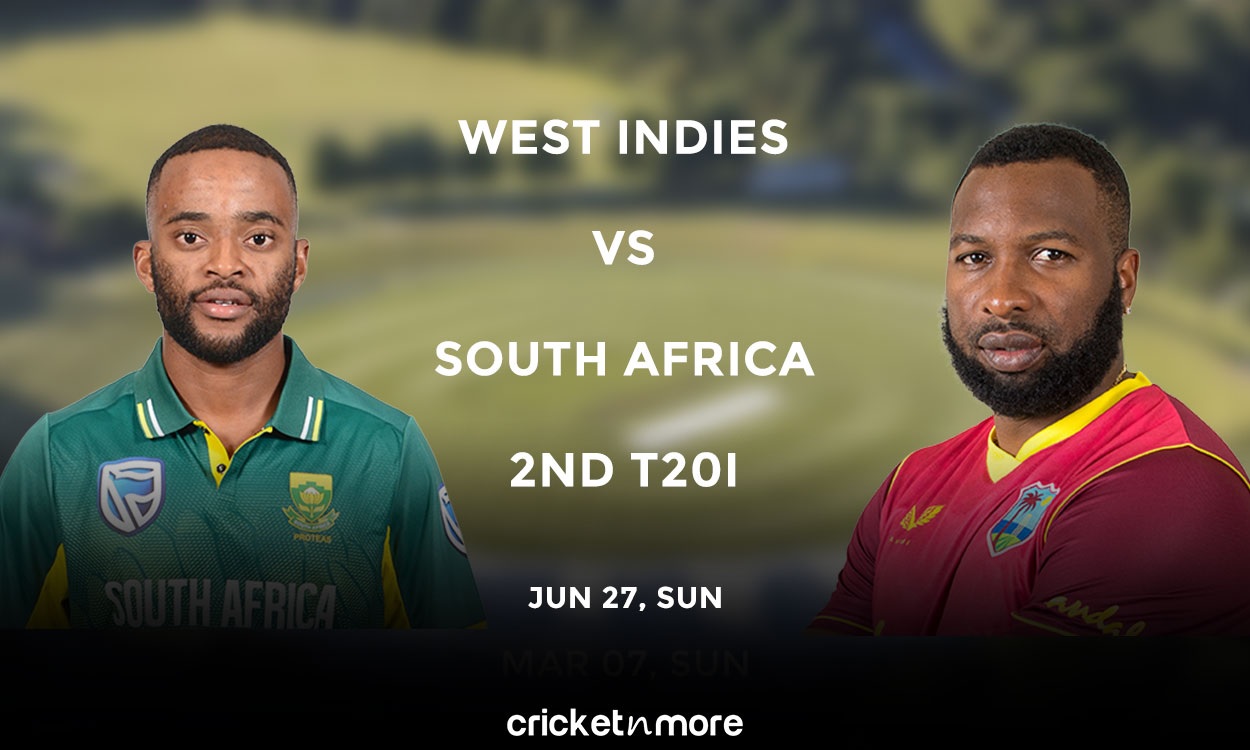 West Indies showcased their batting power last night when they chased down 160 in just 15 overs. Every name in the West Indian batting lineup can win them matches alone; yesterday it was Evin Lewis. Only four players batted in the last game and made every ball count. Andre Russell and Andre Fletcher will be the players to watch out for in this match.

South Africa's batting was a bit conservating in comparison to their opponents. After yesterday's beating, they might change their approach that brings Quinton de Kock and David Miller into the game as the key batters.

Kagiso Rabada is the key to take wickets at the top order and to put West Indies behind right from the beginning. Anrich Nortje could be the game-changer.

West Indies dominated South Africa in the last match and is looking favorites to win this game as well.