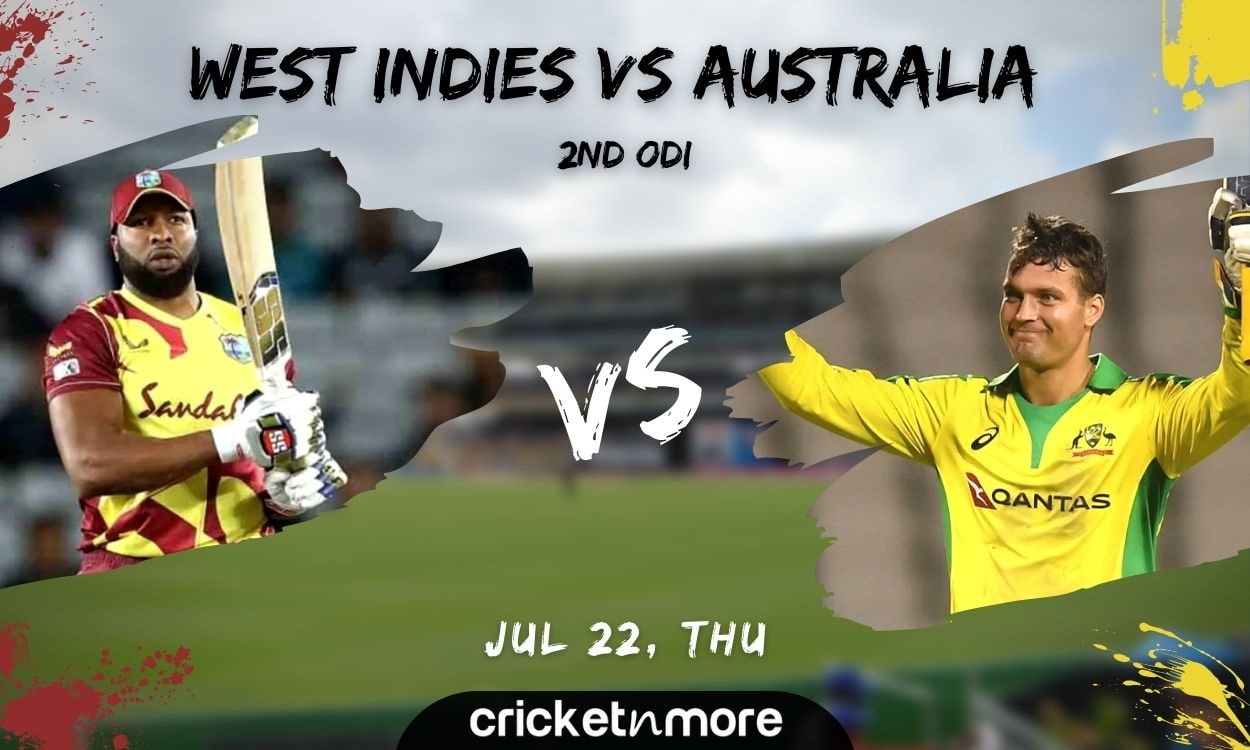 Apart from Kieron Pollard, none of the batters could survive and score runs. Shai Hope is likely to come in this game in the top order. Nicholas Pooran will need to up his game, he has been in poor form lately.

Hayden Walsh was brought in the ODI squad at the end moment, and he didn't disappoint and ended up taking a fifer. He will be crucial for West Indies' prospects.

Every Australian batter contributed to the team's total. Josh Philippe and Ben McDermott gave a good start. Alex Carey played a defining knock of 67, while Ashton Turner supported him well.

Mitchell Starc and Josh Hazlewood are the pillars of Australia's bowling department. The two took eight wickets between them in the last match.

Australia's ODI squad looks settled and more solid than West Indies'. The visitors might seal the series in this game only.