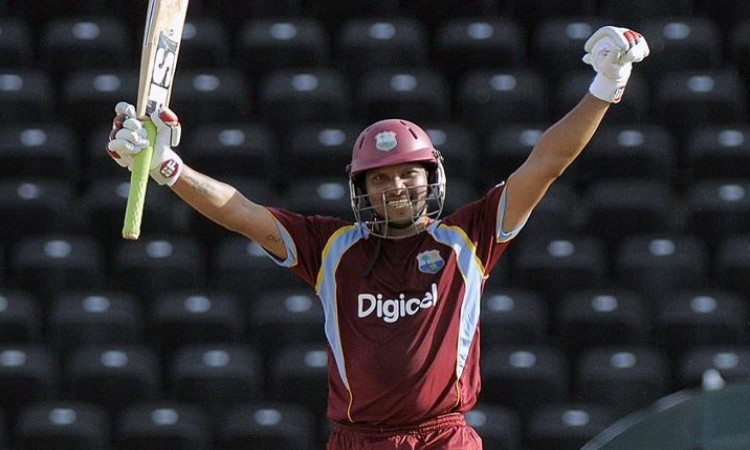 Former West Indies batsman Ramnaresh Sarwan has accepted the invitation of the country's cricket board to work as a mentor and provide batting tips to the Caribbean side's batsmen in the run-up to the tri-nation series in Ireland and the World Cup.

The 38-year-old, who played 87 Tests, 181 ODIs and 18 T20Is between 2000 and 2013 for the West Indies, will spend the remainder of the week working with the players, especially the batsmen, helping them to fortify their game. However, it is not certain whether he will travel with the West Indies side for the World Cup slated to be held in England and Wales from May 30.

"I have come here to act as kind of a mentor to the players and try my best to assist them in any technical ways and with any shortcomings where I think they can improve, and to offer as much help to the head coach, Floyd Reifer, and his coaching staff," said Sarwan.

He admitted that the West Indies batsmen have struggled to rotate the strike in the past and thus he would be helping the players to improve their running between the wickets and in finishing games.

"I know our batsmen have struggled in the past with rotating the strike, so I am trying to see how best we can get them to improve in this area," he said. "It's not an overnight fix, but it's important to share ideas with them, so that they have something to build on," he said.

Reifer, who took over as coach last week, is expecting Sarwan to have a "wealth of knowledge" to share.

West Indies will begin their World Cup campaign against Pakistan on May 31 at Trent Bridge. Before that, they will participate in the tri-series in Ireland which includes Bangladesh as the third team.