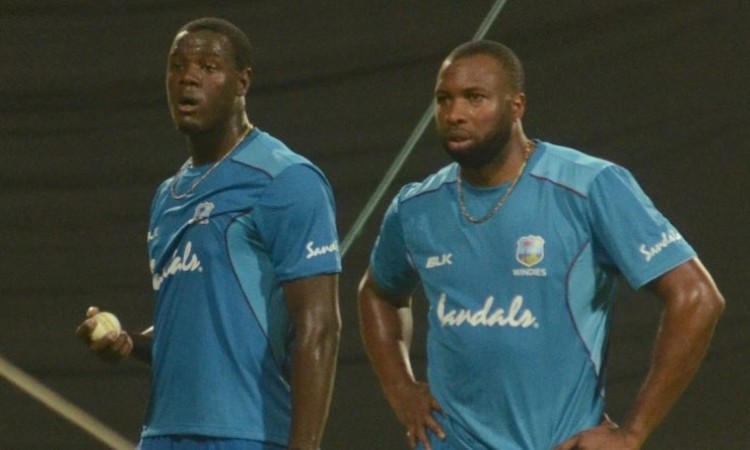 Kolkata, Nov 1 - West Indies T20 International (T20I) captain Carlos Brathwaite and star batsman Kieron Pollard were among the seven players who sweated it out under floodlights at the Eden Gardens here on Thursday ahead of their first game against India three days later.

The Windies were handed a nine-wicket drubbing in the fifth and final One Day International by Virat Kohli and Co. at Thiruvananthapuram. India won the five-match series 3-1 with one game ending in a tie.

Besides Pollard and Brathwaite, both big names in the Indian Premier League, Darren Bravo, Khary Pierre, Nicholas Pooran, Denesh Ramdin and Sherfane Rutherford were also seen majorly batting at the nets for close to three hours.

Both the players found their names in the T20 squad after their impressive outings in the CPL.

It is expected to remain partly cloudy on Sunday but chances of rain are very less, Met department officials said.