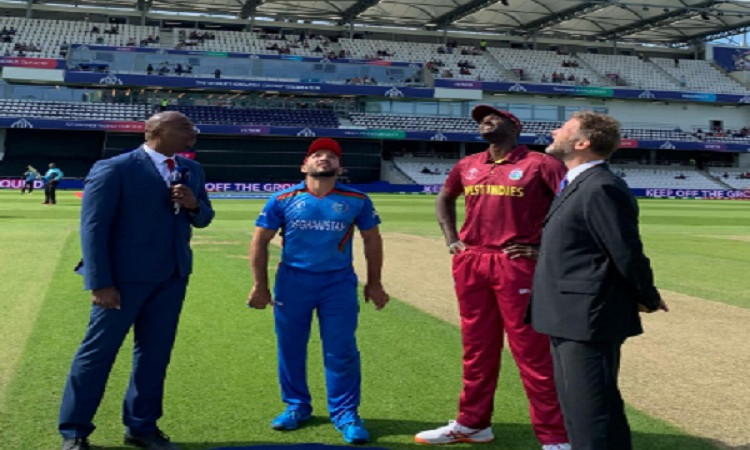 July 4 (CRICKETNMORE) West Indies skipper Jason Holder won the toss and elected to bat against Afghanistan in their last World Cup fixture at the Headingley on Thursday.

Both the teams have made two changes to their respective playing XIs. While the West Indies have brought in Kemar Roach and Even Lewis in place of Sunil Ambris and Shannon Gabriel, for Afghanistan, Dawlat Zadran and Sayed Shirzad have replaced Hashmatullah Shahidi and Hamid Hassan.

"We are going to bat first. It seems to be a pretty good wicket. It tends to slow down as the game goes on. Just looking at this game and trying to finish the competition well. We have one last opportunity and need to get a perfect game together," Holder said at the toss.

"I would have wanted to bat first as well. The wicket gets good for the spinners later on. We played really well in the last few games. We will try to play hard," Afghanistan captain Gulbadin Naib said.