West Indies all-rounder Andre Russell has said that a combination of his poor form in the Indian Premier League (IPL), the mental weariness coming from spending long periods of time in a bio-bubble, and a hamstring injury forced him to pull out of the team's recent tour of New Zealand. 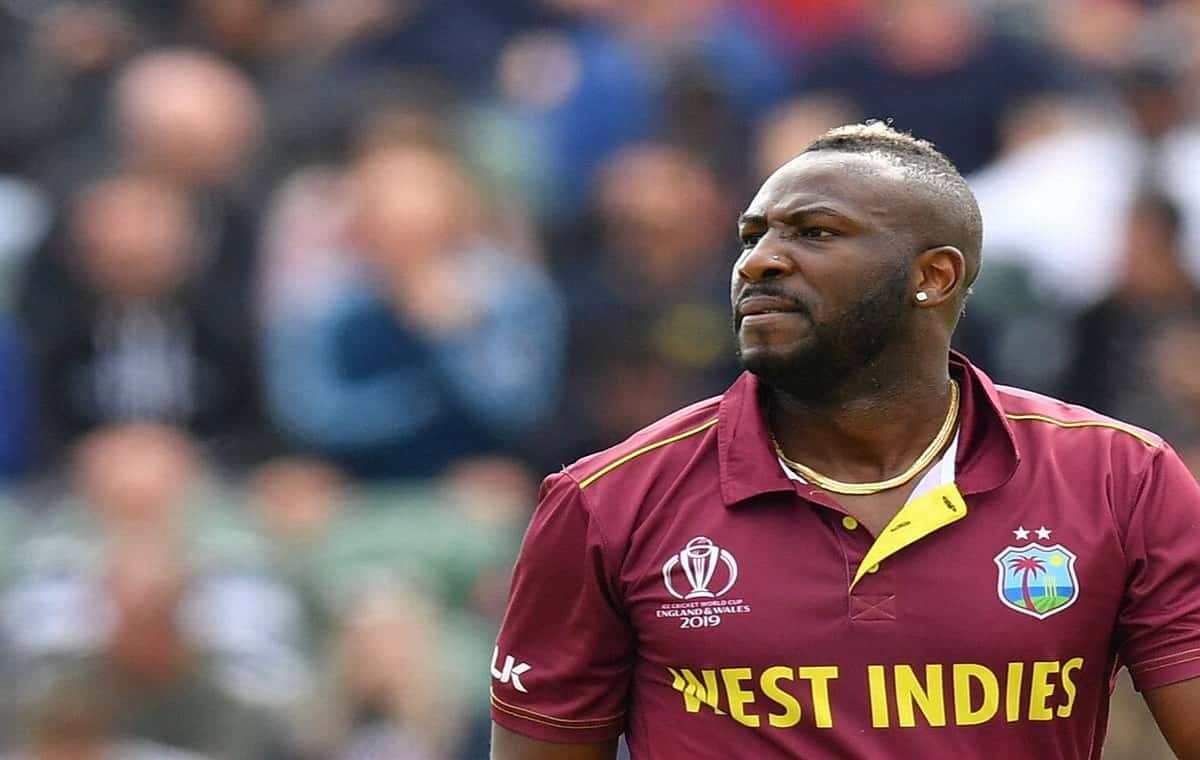 These factors led Russell to tell captain Kieron Pollard and chief selector Roger Harper that he won't be able to travel with the West Indies team for the recently concluded T20I series in New Zealand.

Russell also said that he later changed his mind and informed Harper, who then told him that it was too late as the squad had already been selected.

Russell then went on to play the Lanka Premier League (LPL), and that move raised a few eyebrows as it was said at the time that he was not available for the New Zealand tour.

"Playing for West Indies comes first for me," Russell said responding to a query from Wayne Lewis, secretary of West Indies Players Association, who is also an expert on SportsMax.

"The energy and effort that I put out playing for West Indies, I wouldn't do it playing anywhere else. Sometimes people don't understand what a player like myself goes through with niggles and all of those things. But they're just going to judge, and it's easy for them to judge," he said.

Russell said that he had the conversation with Pollard and Harper during the IPL, in which he had a lean run with the bat while playing for Kolkata Knight Riders.

"The chairman reached out to me while I was playing IPL, but before that, I was talking to Pollard," Russell told Jamaica-based TV network SportsMax. "And Pollard asked me and said: "Russ, I'm not forcing you, I'm just asking you: 'Are you coming to New Zealand?' I said, 'yeah, man, I would want to come, but right now, Polly, my headspace is messed up. I'm struggling, I'm not getting no runs, all of this'."

"When he [Harper] reached out to me, I told the chairman that my headspace is not clear. At the end of the day, you can see the eyes in the team, you can feel energy. And as a big player, with the team depending on you and all of that, it's pressure. So, I was saying no, I can't go to New Zealand like this -- I need to at least take a break from cricket, get out the bubble after IPL, go [to] Dubai, go out, just loosen myself a bit and clear my head."

Russell said that he had changed his mind about playing in New Zealand after his teammates Shimron Hetmyer and Keemo Paul told him about there being fewer restrictions in the country.

"I reached out to him and said: 'Sir, I know that a week or two weeks ago I said that I'm not available, [but] I'm available. I want to go around my Caribbean guys. I know I would maybe be better off in that space. They speak my language, I don't have to be worried about whatever, and if I fail, they're going to know that Andre Russell was trying his best'. The chairman reached out to me and said: 'sorry Andre, we already went ahead, we made a decision'. And he said best wishes or something for the rest of the IPL. I said okay, I understand," said Russell.

Russell then went through rehab for his hamstring injury after which he headed to Sri Lanka to play the Lanka Premier League.