Went to default mode during NZ's Super Over: Jos Buttler

London, July 16:  In the complete chaos of the final ball of Super Over during the World Cup final, England wicket-keeper Jos Buttler had to stay the most calm among them all. On Sunday, Buttler had 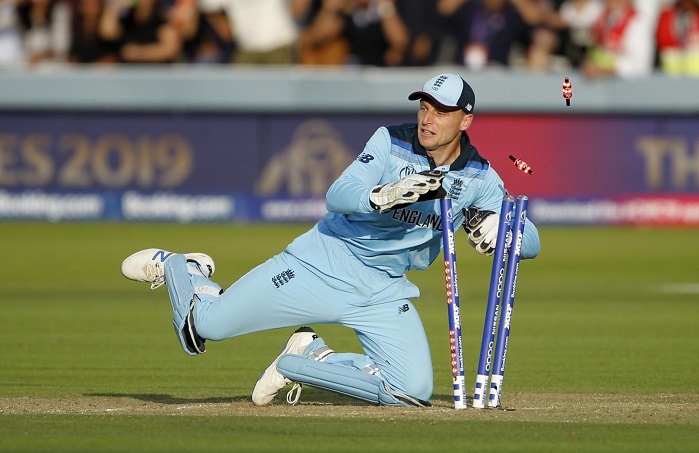 London, July 16:  In the complete chaos of the final ball of Super Over during the World Cup final, England wicket-keeper Jos Buttler had to stay the most calm among them all.

On Sunday, Buttler had already helped get England to a tie with a run a ball fifty alongside Ben Stokes against New Zealand.

He then returned for England's Super Over and hit seven from three balls, including a final four through midwicket to set the Black Caps 16 to win.

And the 28-year-old was still pinching himself after the celebrations began.

"We were laughing about it in the dressing room, four years came down to one ball," he said.

"Two needed off one ball, we didn't get that. Then it came down to, can we get a run out?

"It's quite nice to know that we will wake up this week and it did happen!

"It was quite an incredible match for a World Cup final to be so close, and somehow we managed to win the game."

So how did the star batsman-wicketkeeper manage to keep his head while all around him were losing theirs?

"It's ok when you are in the middle because you go into default, it is what you know -- playing cricket. Catching the ball and trying to break the stumps, that's what I know but the consequences are a bit larger," he added.

"I remember those ten seconds of running around, the atmosphere is something that will live with me forever.

"When we walked down through the Long Room at the start of the game, the noise before the anthems was deafening.

The dust has barely settled on this historic and dramatic win over the Black Caps, and there is the small matter of an Ashes still to come this summer.

But for now, Buttler and Co. can allow themselves to simply reflect on the job well done.