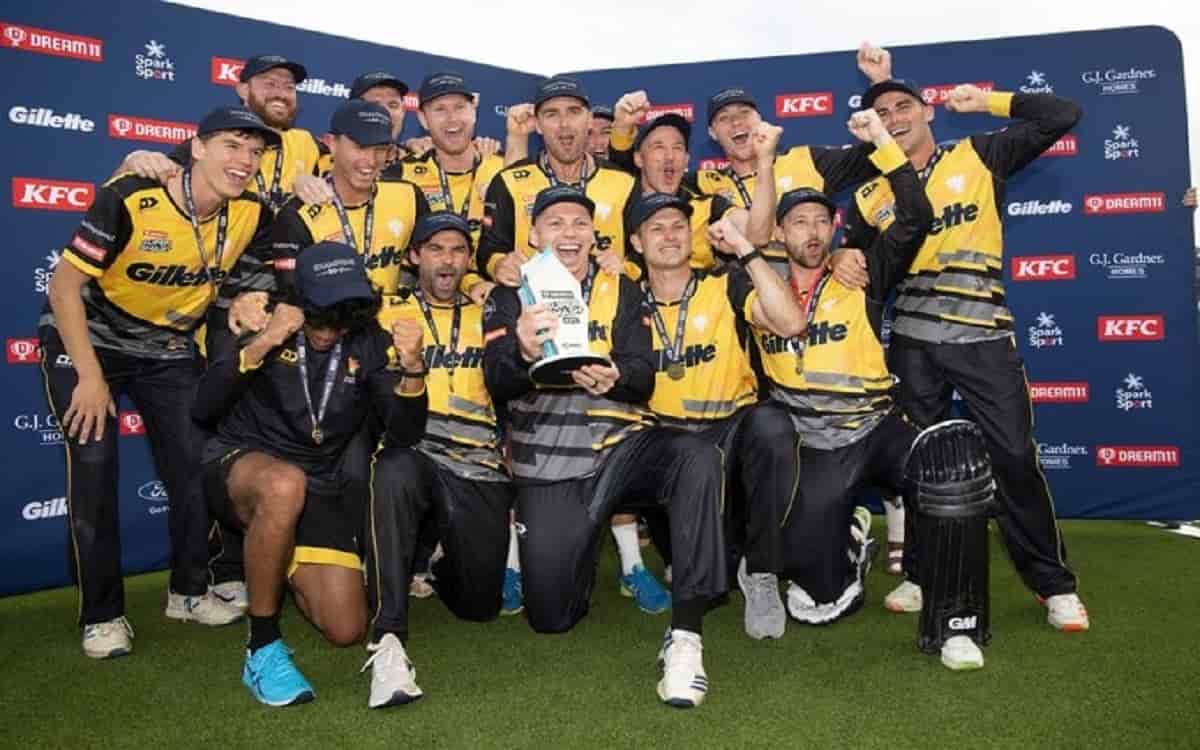 Clinical, calm opener Devon Conway thrilled the 5,000-strong crowd as he hit the winning boundary with two balls to spare as the defending champions chased down 175 for eight wickets from the Canterbury Kings.

Looking to win their first trophy since the first national T20 competition in 2005-06, the hungry Kings kept themselves in it with the ball despite losing the bowling services of Daryl Mitchell after the all-rounder pulled aside muscle whilst leaping outstretched for an attempted catch, having bowled just one over for four runs.

Like the women's final beforehand, it was a compelling, oscillating grand final in which the advantage was wrested back and forth between the two adversaries after Firebirds captain Michael Bracewell sent the Kings in.

The Kings had started well, Ken McClure blasting the first six of the final off Hamish Bennett, but Logan van Beek pulled it back for the capital and had McClure caught.

The Kings had finished the power play at 55/1 and, with their vaunted top order, the Firebirds would finish their own power play at 61/2 after having lost both young guns Finn Allen - who skied a catch off McConchie on 16, just after having topped 500 runs in his rookie season for the side - and a scoreless Tom Blundell who attempted to cut a wide delivery from Ed Nuttall (2-32) only to be caught by a dangerous diving Chad Bowes.