'We Were Outplayed': Ponting Explains How Poor Batting Cost DC The Game Against KKR

Delhi Capitals head coach Ricky Ponting has blamed his team's inability to score more runs in the Powerplay as one of the things that contributed a great deal to his teams three wickets defeat to Kolkata Knight Riders in a thrilling Qualifier 2 at the Sharjah Cricket Stadium. 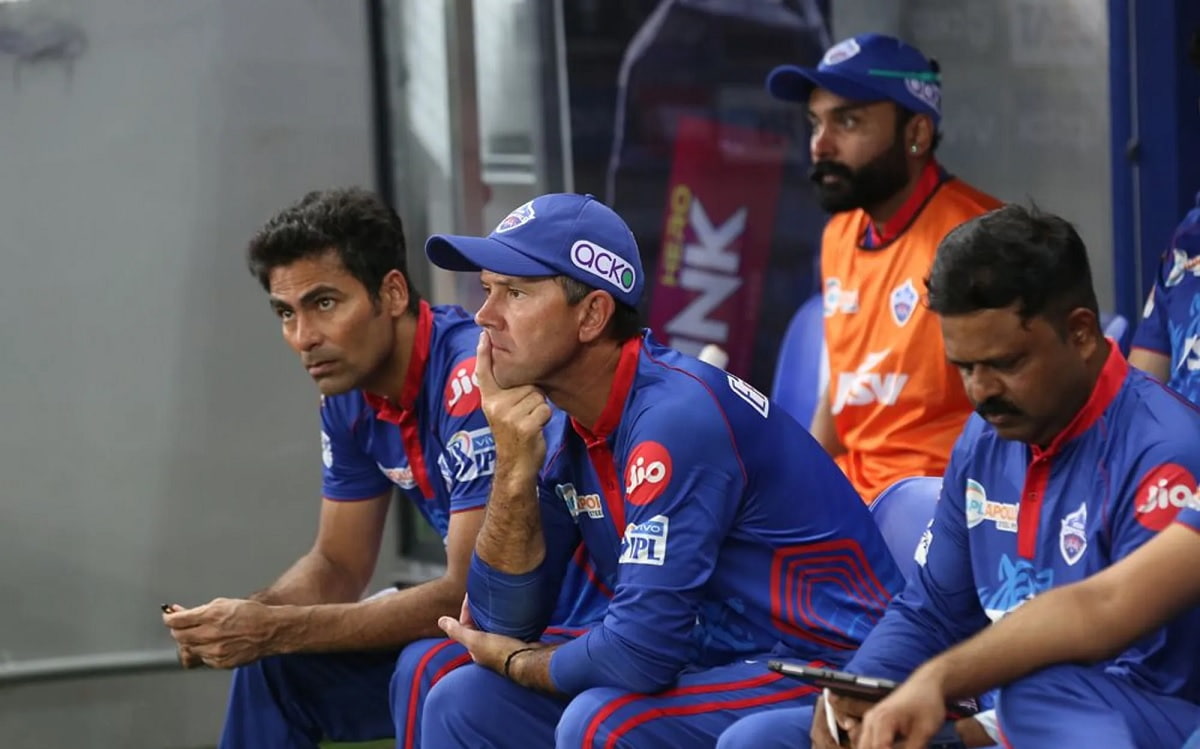 While Delhi could only score 38/1 in the first six overs, Kolkata Knight Riders blasted 51/0 in the Powerplay that set them up nicely in their chase of 136 runs. KKR Openers Shubman Gill and Venkatesh Iyer gave them a good start that eventually helped them overcome Delhi Capitals.

"I think the powerplays in both innings was probably the difference in the game. I don't think we got enough in our powerplay with the bat. I think we were 37 (sic) at the end of our powerplay, which is probably, you know, 8 to 10 runs short of where we wanted to be and what the sort of par score is on this sort of wicket," Ponting said in a virtual press conference after the match.

This was the time when Marcus Stoinis, who was promoted to No. 3 was at the crease. Stoinis, coming back from a hamstring injury, found run-scoring very tough against the spinners on a slow and low track as he scored 18 off 23 balls.

However, Ponting defended the decision to send Stoinis up in the order. "We thought long and hard about where Marcus's best bet would be the batting order for us today. I mean, as we all are aware, he missed about three weeks with a hamstring injury, so he hadn't played any cricket. We desperately wanted him back into the team today because we knew he could bat at the top of the order and bat down at the death if required.

"As you saw today, with that type of pitch, it's really difficult for any new batter to come in and start on. Even Shikhar at the top didn't get away to the flier that we were after. Middle-order players, Indian players even struggled to get going on that surface. So, I think it was the right decision. We probably didn't get the outcome that we were after, though," he added,

He said his team will deliberate on the failure of their batters in the match.

"We didn't bat well enough today, we didn't get enough runs in the powerplay, we lost wickets too regularly through the middle of our batting innings. If it wasn't for Hetmyer and Shreyas at the end, we weren't looking anywhere near 130 odd, so we've been outplayed and we'll talk about that when we make it back into the rooms after. It's disappointing for us certainly to finish the way that we have."

The former Australia captain also defended skipper Rishabh Pant's decision to give Anrich Nortje only one over in the first 10 overs.

"We wanted to have Nortje through the middle overs. Some of the batters in the middle we feel, are probably a little bit susceptible to good quality fast bowling, so we wanted to save a couple for him through the middle and one at the end. So we're running tactically tonight. I think Rishabh did a really, really good job. We didn't get enough runs and we did a good job to claw our way back into the game and give ourselves a chance to win going into the last two overs.

"I think the captain was looking at trying a few different options to get a wicket in the powerplay. And then we wanted to be able to use a couple of overs of spin in the powerplay before the ball got too wet and basically difficult for the spinners to hang on to it too much. And it's a technique you can use, not let the batter get settled against one type of bowler," he explained.