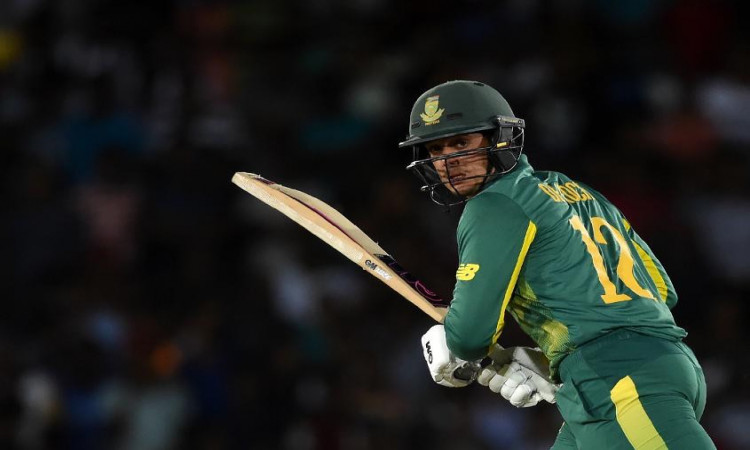 May 23 (CRICKETNMORE) - Quinton de Kock insists South Africa’s underdog status is a blessing ahead of the ICC Men’s Cricket World Cup, after they faltered under pressure four years ago.

The Proteas arrived in Australia and New Zealand as one of the favourites to lift the trophy for the first time but were soundly beaten by the Black Caps in the semi-finals.

Also Read: I have a strong record in England says Hashim Amla ahead of CWC19

That followed similar gut-wrenching defeats in the 2011 quarter-finals and 2007 semi-finals, tournaments they also entered as one of the tips to win.

Yet, with the likes of AB de Villiers and Morne Morkel now retired and a young generation emerging, South Africa have not commanded quite the same attention this year – something vice-captain De Kock believes will allow them to thrive.

“I am excited about the freedom. At the last World Cup, we were ranked number one or two and we were one of the sides earmarked to win it,” he said.

“It didn’t happen but there was always a lot of pressure on us. It is pressure we did not want to be part of.

“This year, I am very happy not to be earmarked by anyone. We know how good we are so we just want to come and enjoy it.

“We have some players who will be playing in their last World Cup and then some who are experiencing it for the first time, so we just want to have some fun.

“I think 2015 was different to this time. Other teams are being called the favourites here and that is a blessing to be honest.

“Don’t get me wrong, we are here to win but our tournament will be a bit more relaxed and that is a good thing.”

Some of South Africa’s leading stars from the past decade are still on hand, with Dale Steyn and Hashim Amla picked for their third ICC Men’s Cricket World Cups.

Yet in captain Faf de Klerk and vice-captain De Kock, there is a new front office. Add in exciting fast bowlers Kagiso Rabada and Lungi Ngidi and there is plenty of cause for optimism, yet much will ride on De Kock – who will open the batting and keep wicket.

“I came into the team at 19 and I was quite immature,” he added.

“I have grown as a cricketer and as a person and that is because of the senior guys in the group. They are still learning from their mentors, who no longer play, so it is one big process of learning through the generations.