We have right combination for World Cup,says Rahul Dravid 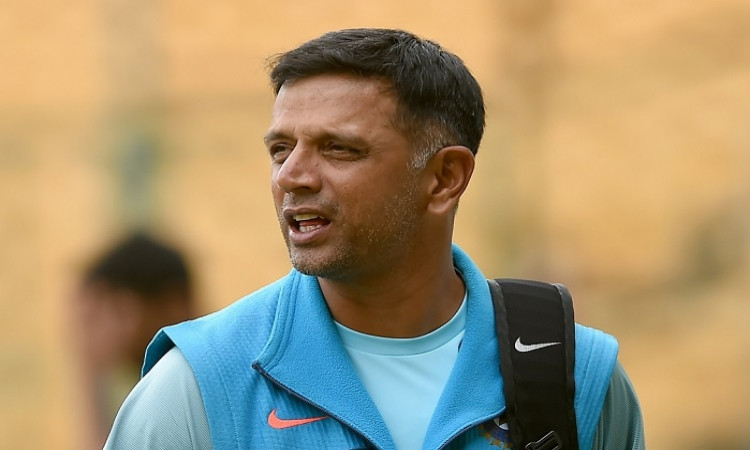 New Delhi, April 24 (CRICKETNMORE) Former skipper Rahul Dravid reckons India's recent 2-3 loss to Australia in a home ODI series will not have much impact in the men in blue's 2019 World Cup campaign and their good show in the past few years has made them the strong title contenders.

After taking a 2-0 lead in a five-match ODI rubber last month, India faltered and were defeated in the rest three matches and lost the series.

"In the last 30 months, India has been playing really well, and the loss, much to the credit of the way Australia played, came at the back end of a very busy series," Dravid was quoted as saying by The Times of India.

"We have the right combination for the World Cup. If India wins the World Cup, we will not be worrying about who won 2-3 or 3-2. There will be an odd series that India will lose. But the (ICC) rankings prove that India is there and should win the World Cup to become No. 1," he said.

When asked what he thinks of the Indian squad for the showpiece event as stumper Rishabh Pant and Ambati Rayudu were not included in the team, Dravid termed the side as 'well-balanced'.

"India has a very good, balanced team for this World Cup. They have a lot of combinations, lot of options. It is a question of them performing in the tournament. You can always argue one or two cases, one or two names. The team has been picked and hope they do really well," the 46-year-old opined.

Dravid also felt that unlike the previous times, the wickets have changed in England and the upcoming tournament will witness high-scoring games.

"This World Cup will probably be a much high scoring one, and India is well equipped for that. English conditions have actually changed, especially for ODIs. We were there last year for an 'A' series, and the scores were really high, 300 was par score, and was being chased consistently.

"ODIs have changed in England and you can't go with the typical mindset that it will be the old English conditions of swing and seam. Wickets have become flatter, encouraging higher scores."

The World Cup will kick off on May 30 and India will begin their campaign against South Africa on June 5.